A Morning in the Valley

I have been visiting the Cuyahoga Valley consistently for the last 5 years. In all of the times I have set out on a trail there in the morning, each has been uniquely different. I woke up at about 6:00am, and got to the Virginia Kendall section of the park around 7:00am.

There was a tranquil silence as I get out of my car. The pines stood perfectly still. The pond sat pristinely blanketed with a thin layer of curling fog. The sounds of woodpeckers, cardinals, bluebirds, American robins, and bank swallows could be heard around the trail. 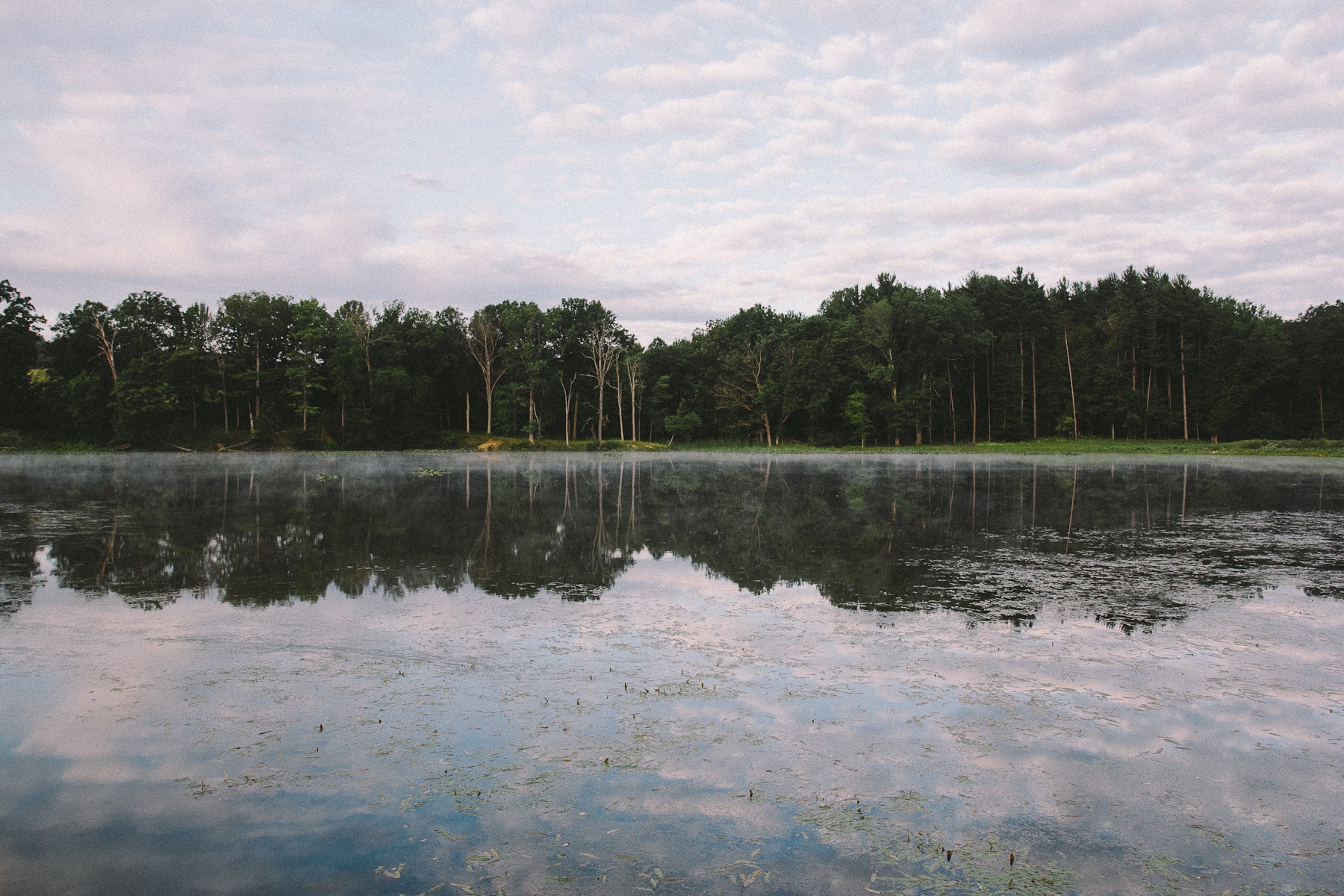 The natural fragrances of the Valley in the summer are really what make getting up early worthwhile. The dew covers the grass well into the morning, and seemingly absorbs the night air into small globes. The sun evaporates the dew throughout the morning, releasing a fresh, ambrosial smell of pine, herb, flower, and pond.

Nature is a place which lures me to think of the qualities of God. He is a master craftsman. His art lies before us, waiting to be seen and experienced by our senses. When free of distraction, there is nothing to do but wonder at it. 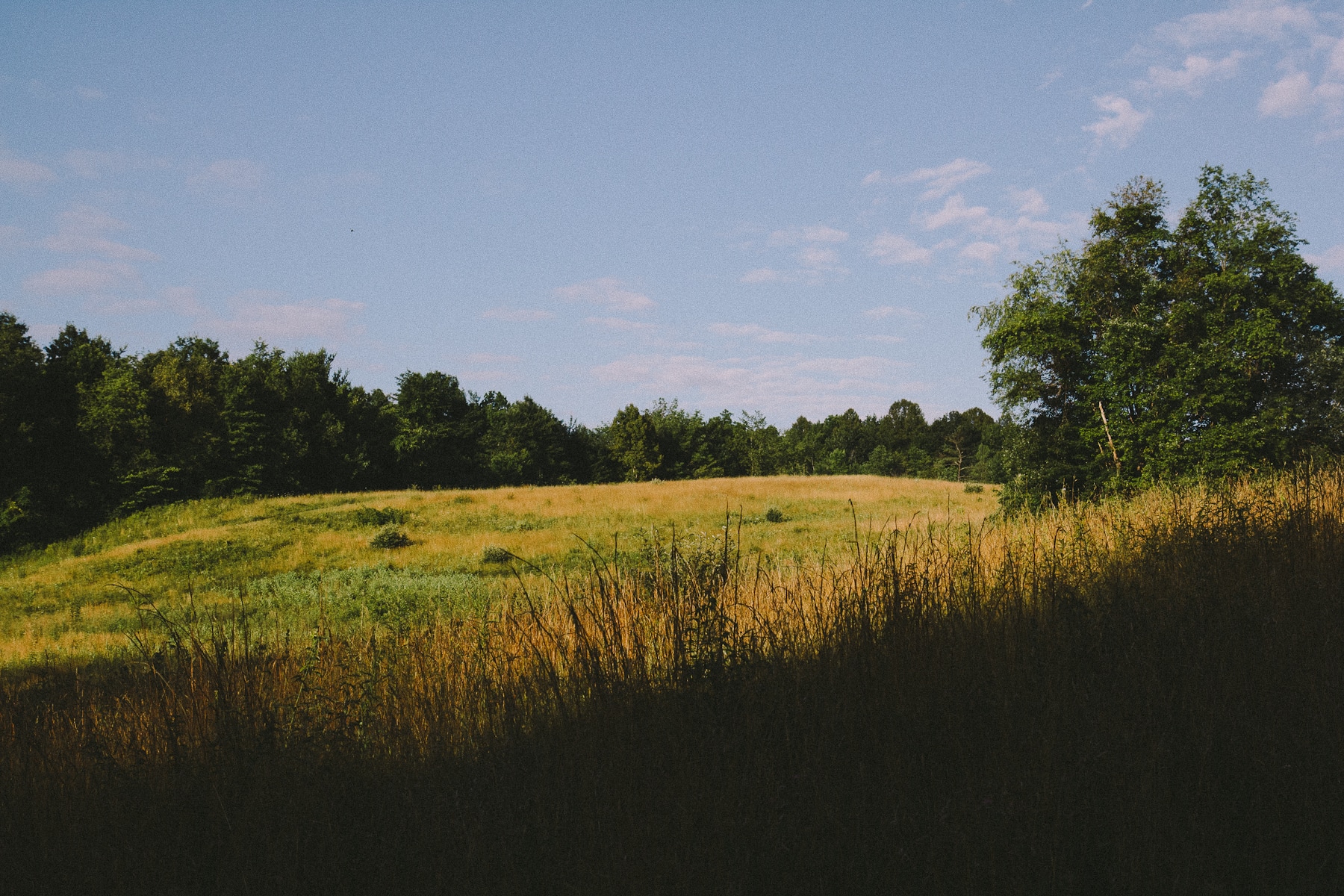 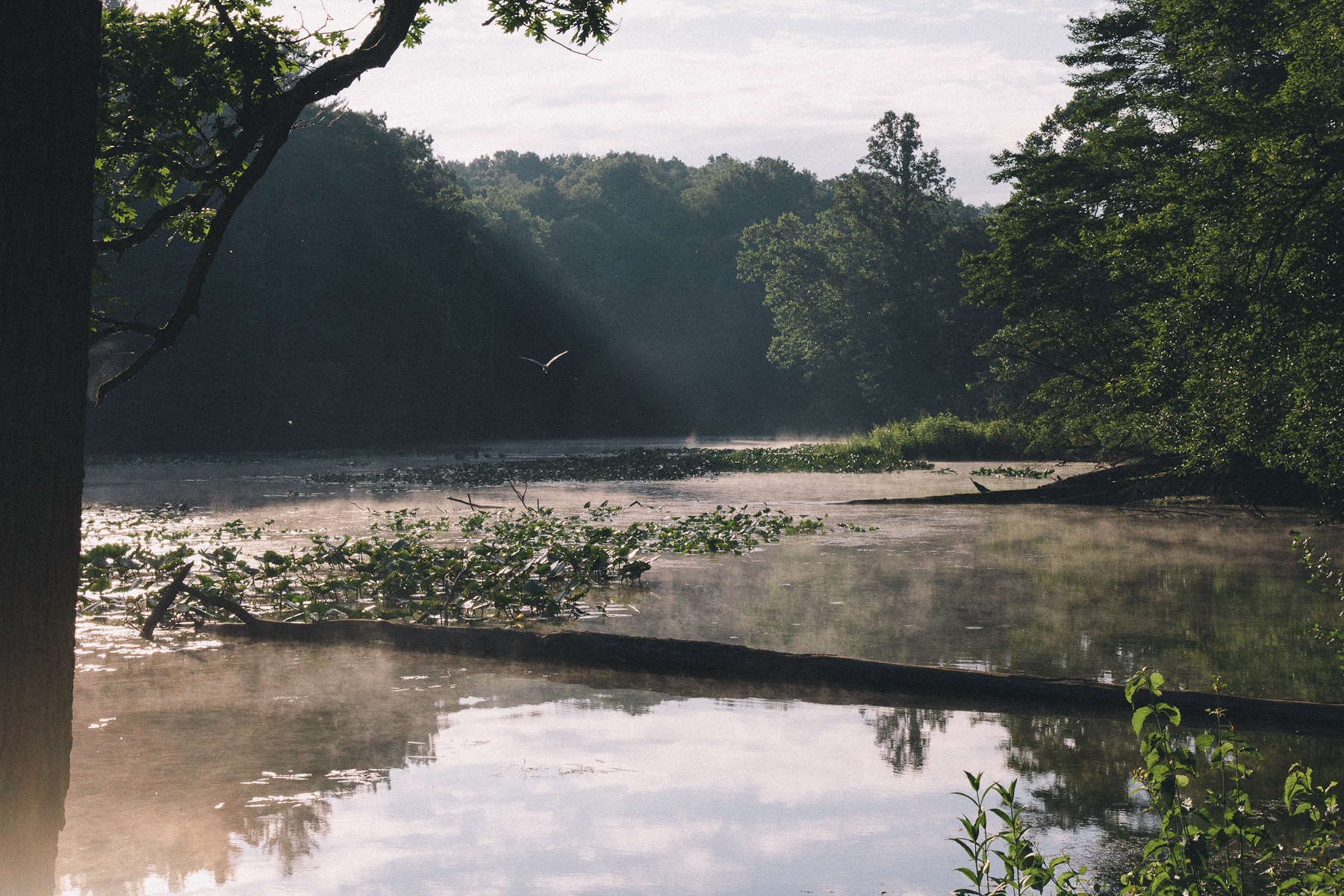 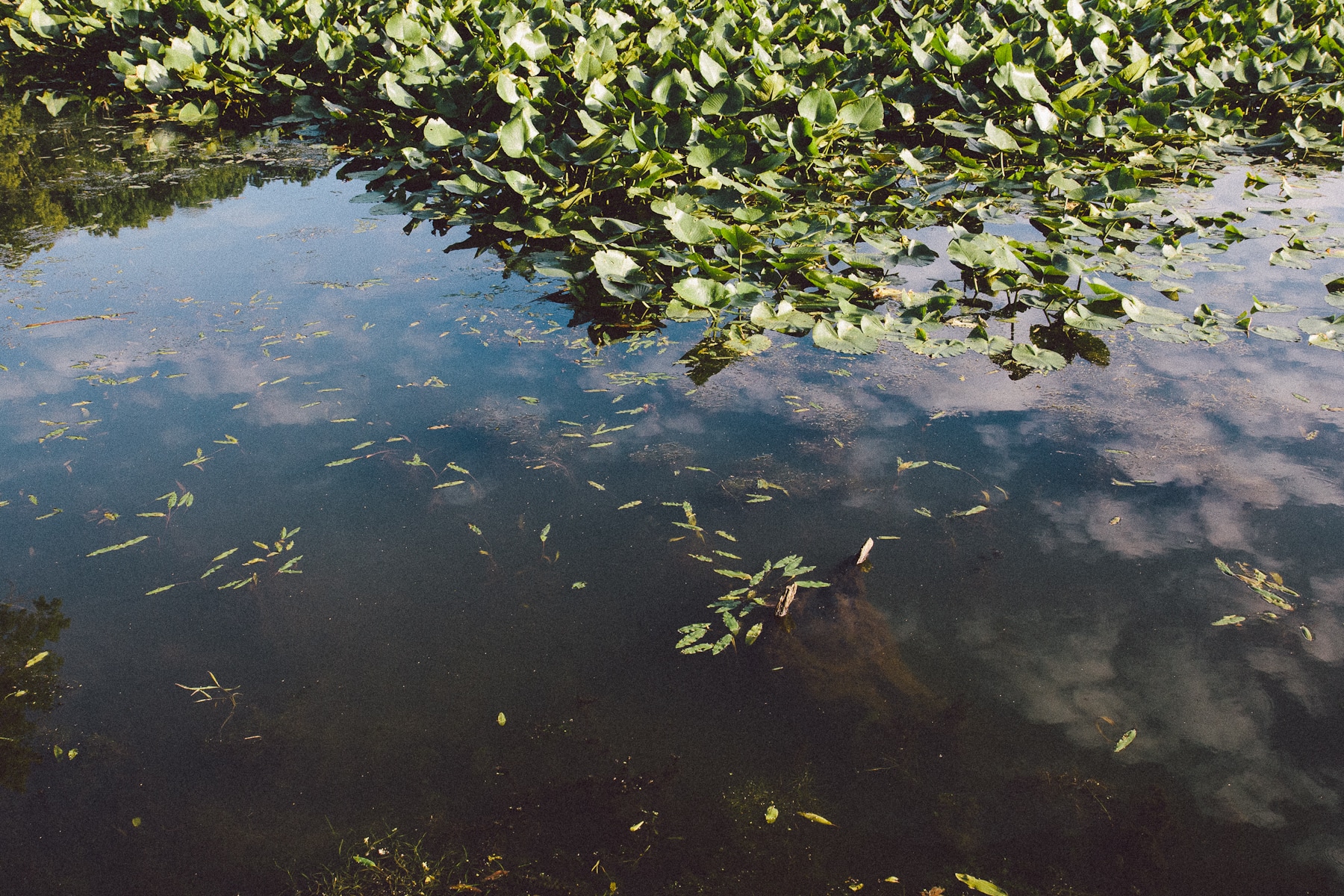 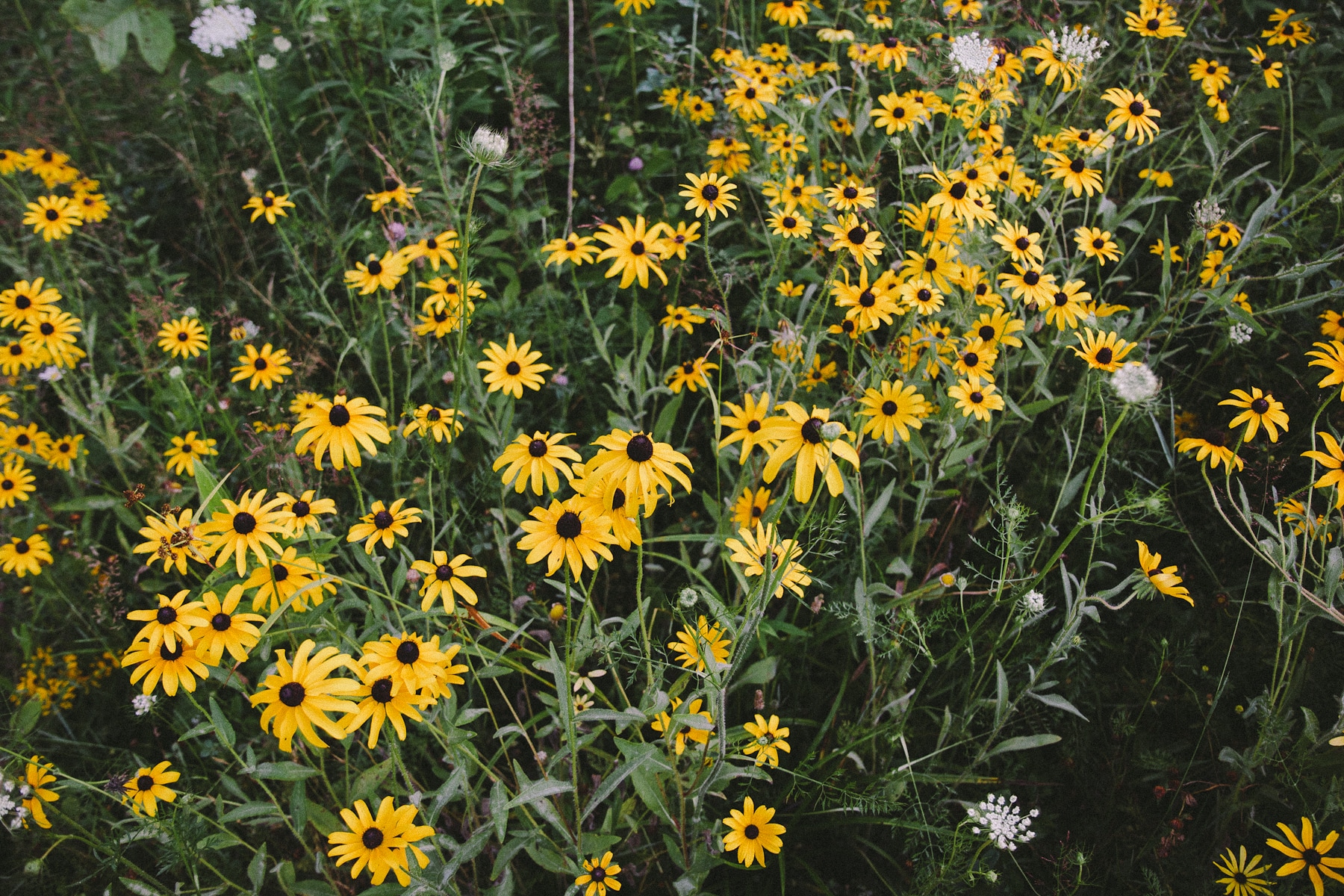 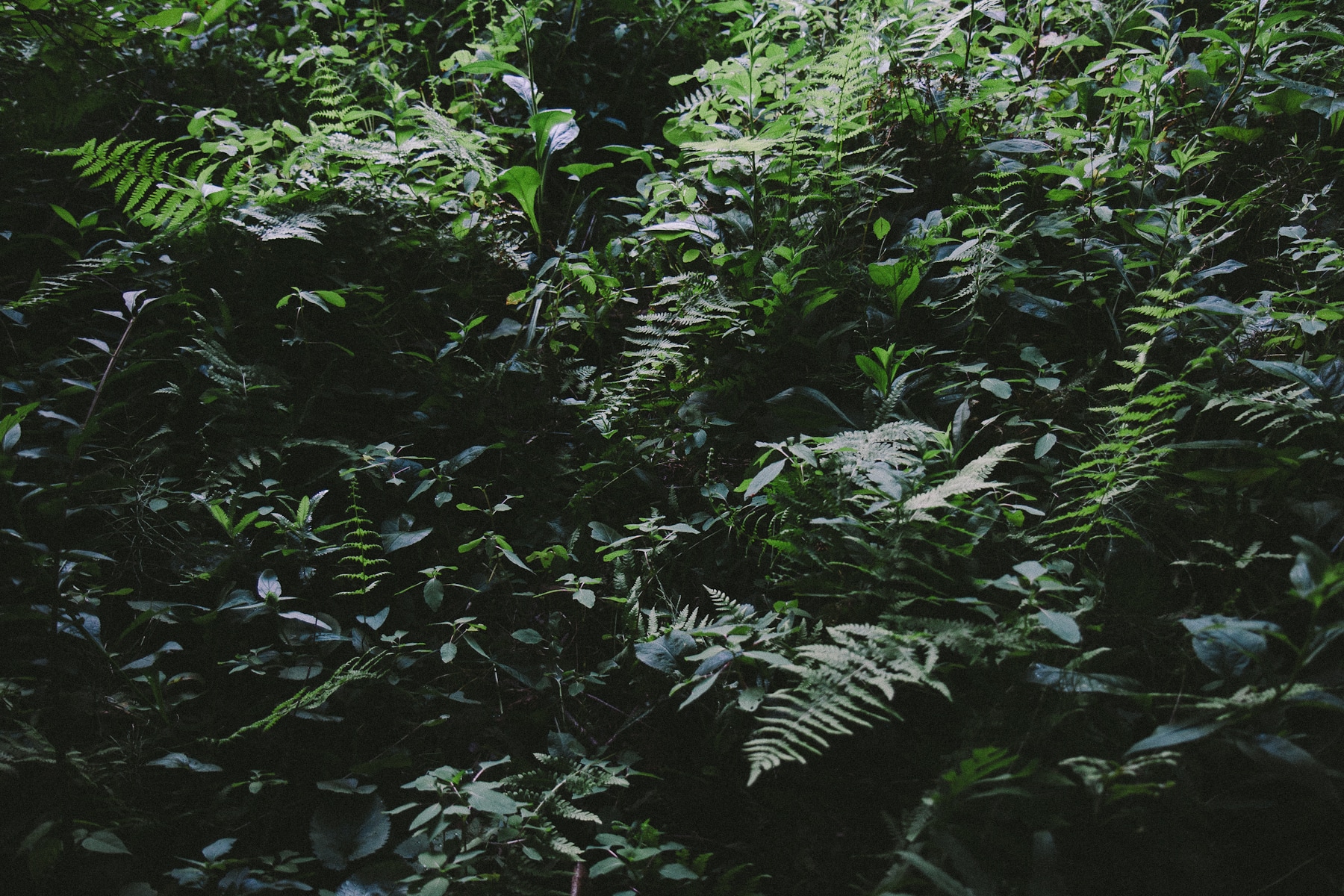 The Susquehanna River is the longest river on the Eastern coast of America. As the water flows south down the north branch of the river from New York, it splits off into the west branch of the river in central Pennsylvania. Pine Creek—the place we headed on a canoeing trip for my bachelor party—flows into this west branch. Often referred to as “The Grand Canyon of Pennsylvania,” Pine Creek occupies a river valley running roughly 87 miles.

Driving 5 hours into rural Pennsylvania exposed us to rolling Appalachian mountains, evergreens spotting the horizon, and state forest after state forest, acting as the only signage to be seen every 25 miles. We headed to camp in Leonard Harrison State Park, and arrived at the best time to set up: dark. Dan turned on his Jeep headlights, and we set up the tent and started a fire. 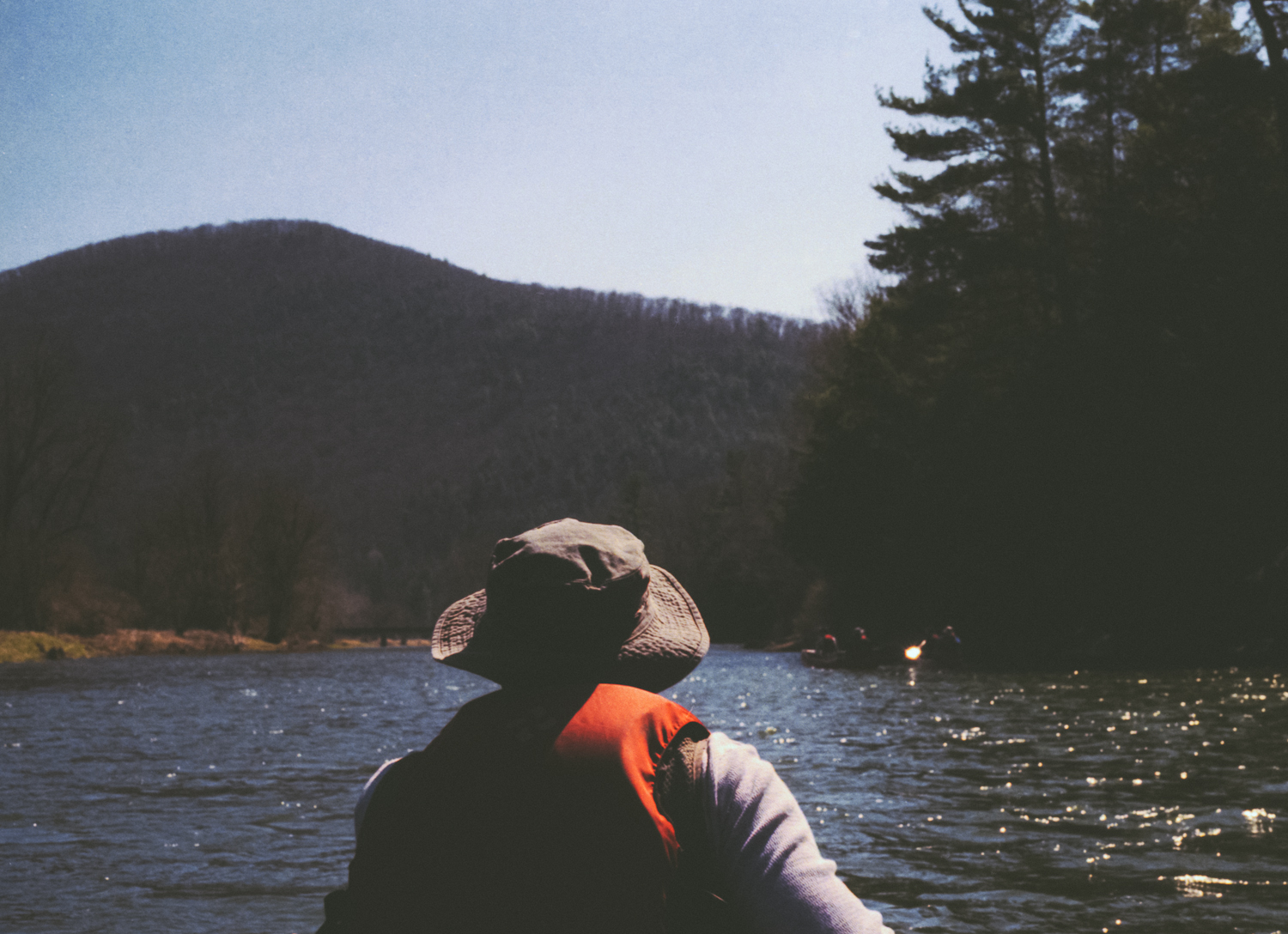 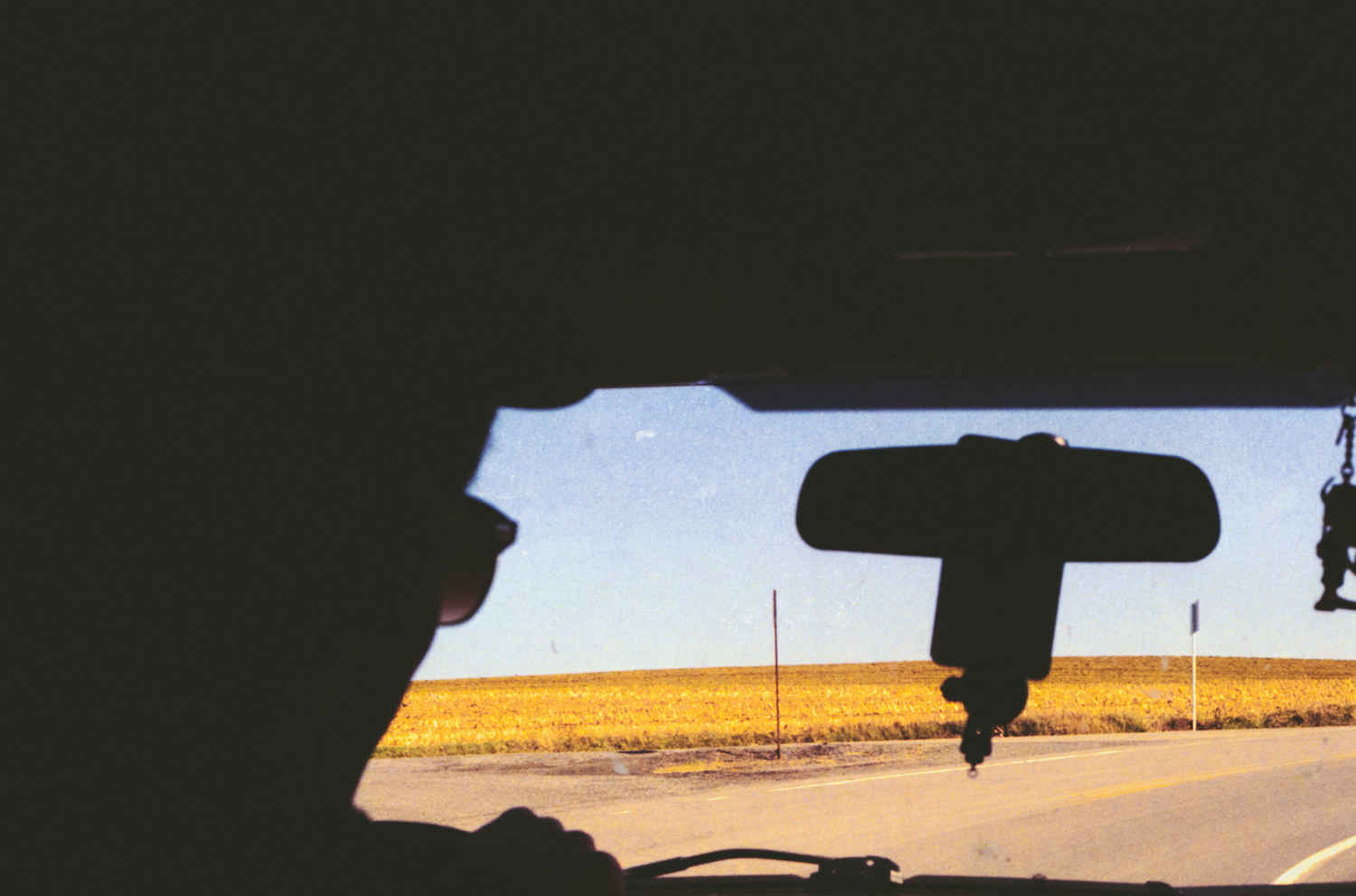 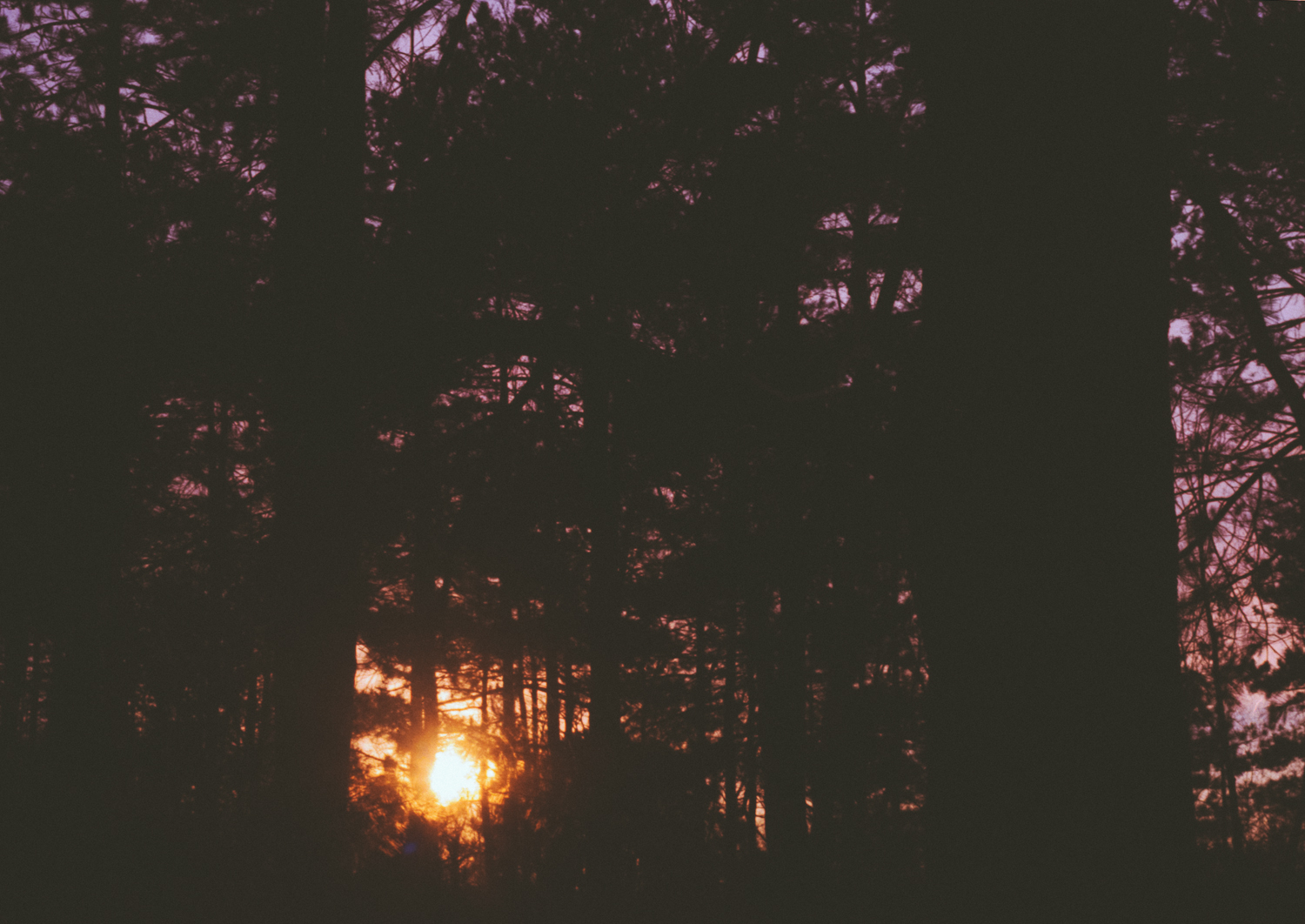 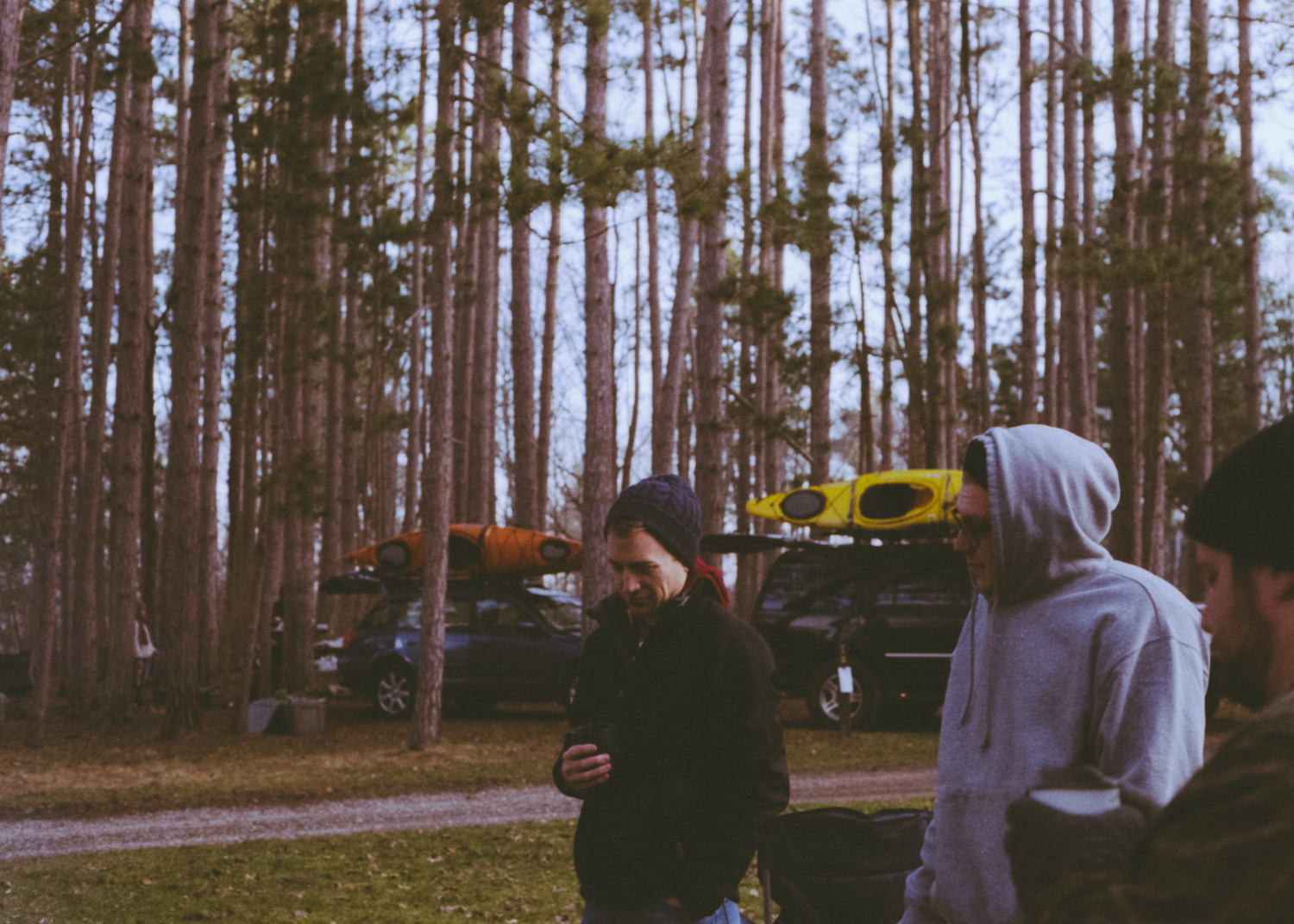 Mark, Collin, and Jason around the fire.

After pipes and cigars around the fire, we went to sleep. It was a cold spring night, and we were all often awoken by the cold, compelling us to reconfigure our blanket cocoons. The temperature had dropped to about 35ºF, but it was a beautiful clear evening. I will never forget looking up at the stars before we got into our tent, filtered through the eastern white pines that surrounded our campsite.

I woke up early to woodpeckers. It was a dim hour of dawn, and the sun had not yet peaked the trees. Morning dew covered the ground. It was freezing, so we worked quickly to build a fire. Most of us don’t mess around when it comes to enjoying camp food. We made several batches of french press coffee, and cast iron sandwich makers to cook egg and bacon sandwiches. 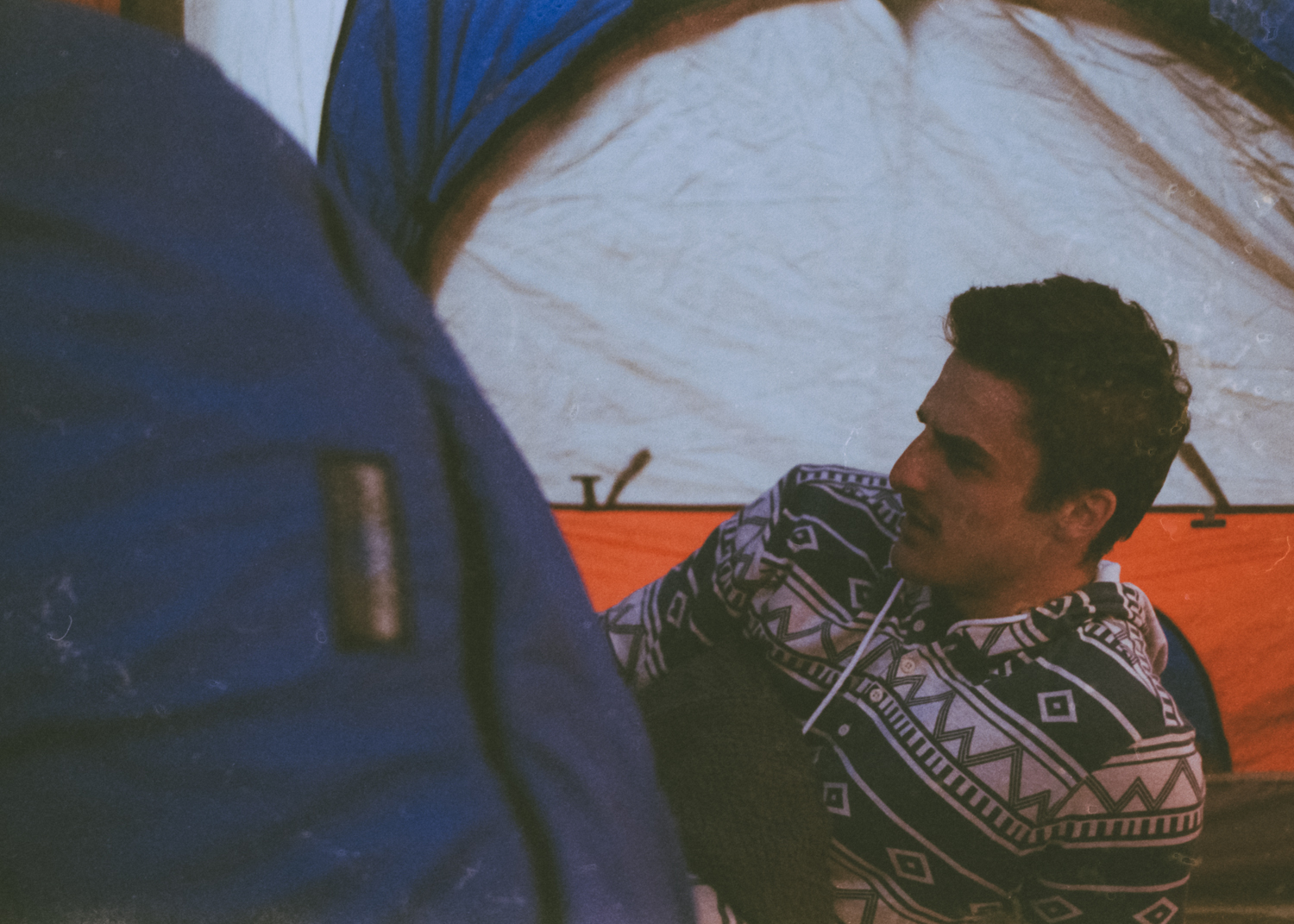 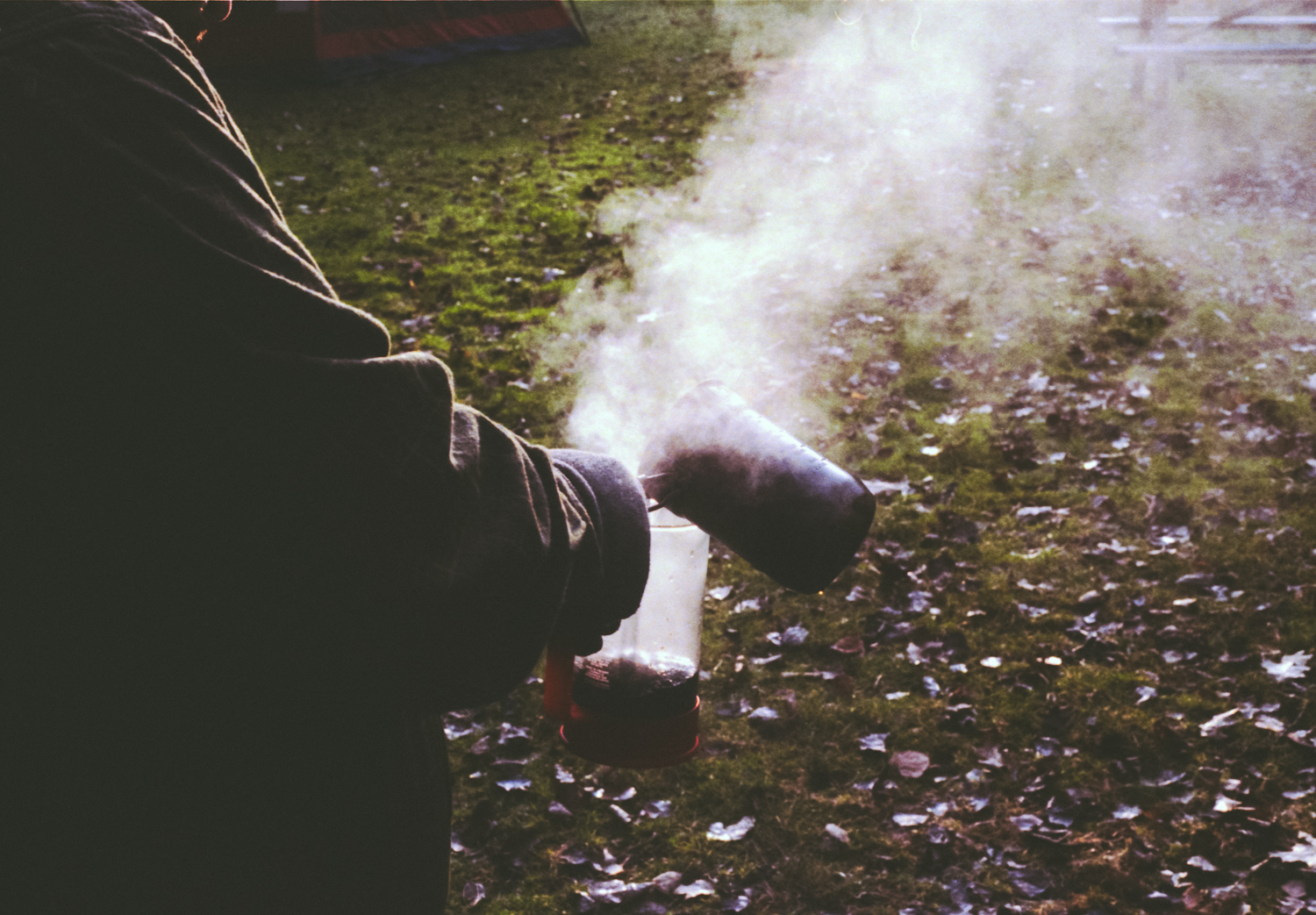 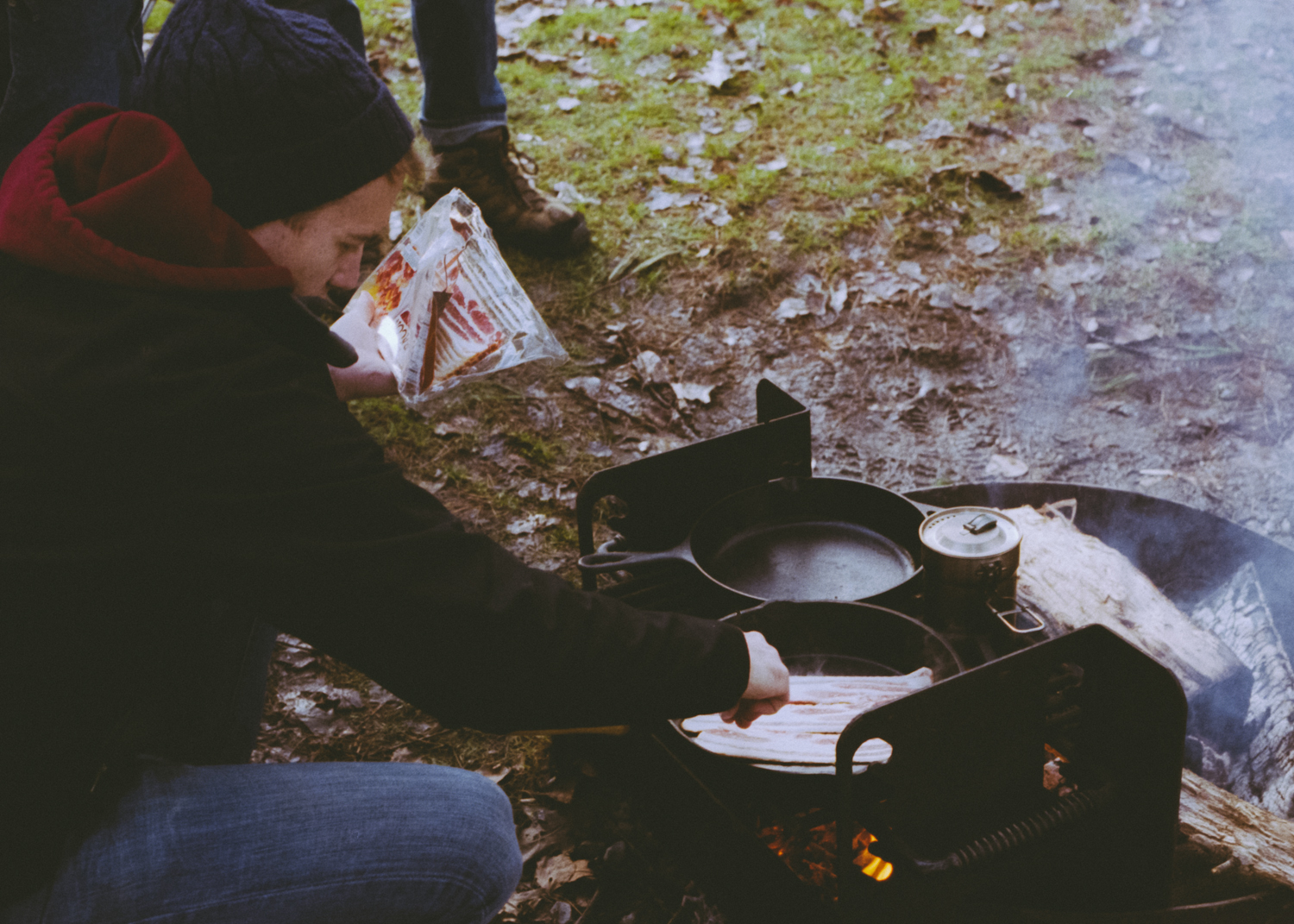 After breakfast, we tidied up camp and left to go canoeing in Pine Creek Gorge for the day. We rented canoes from Pine Creek Outfitters. The store smelled like damp wood. We were greeted by two women who immediately let us in on the necessity of wetsuits. They told us a story about a group of men who had taken out three canoes (with beer coolers aboard), flipped within the first three miles, lost their canoes, and were washed downstream for several miles in freezing water (without a wetsuit of course). One of the guys had apparently hitchhiked his way back to the store. We all laughed, and then payed $10 each for a wetsuit. Luckily, we had chosen the “family section” of Pine Creek. 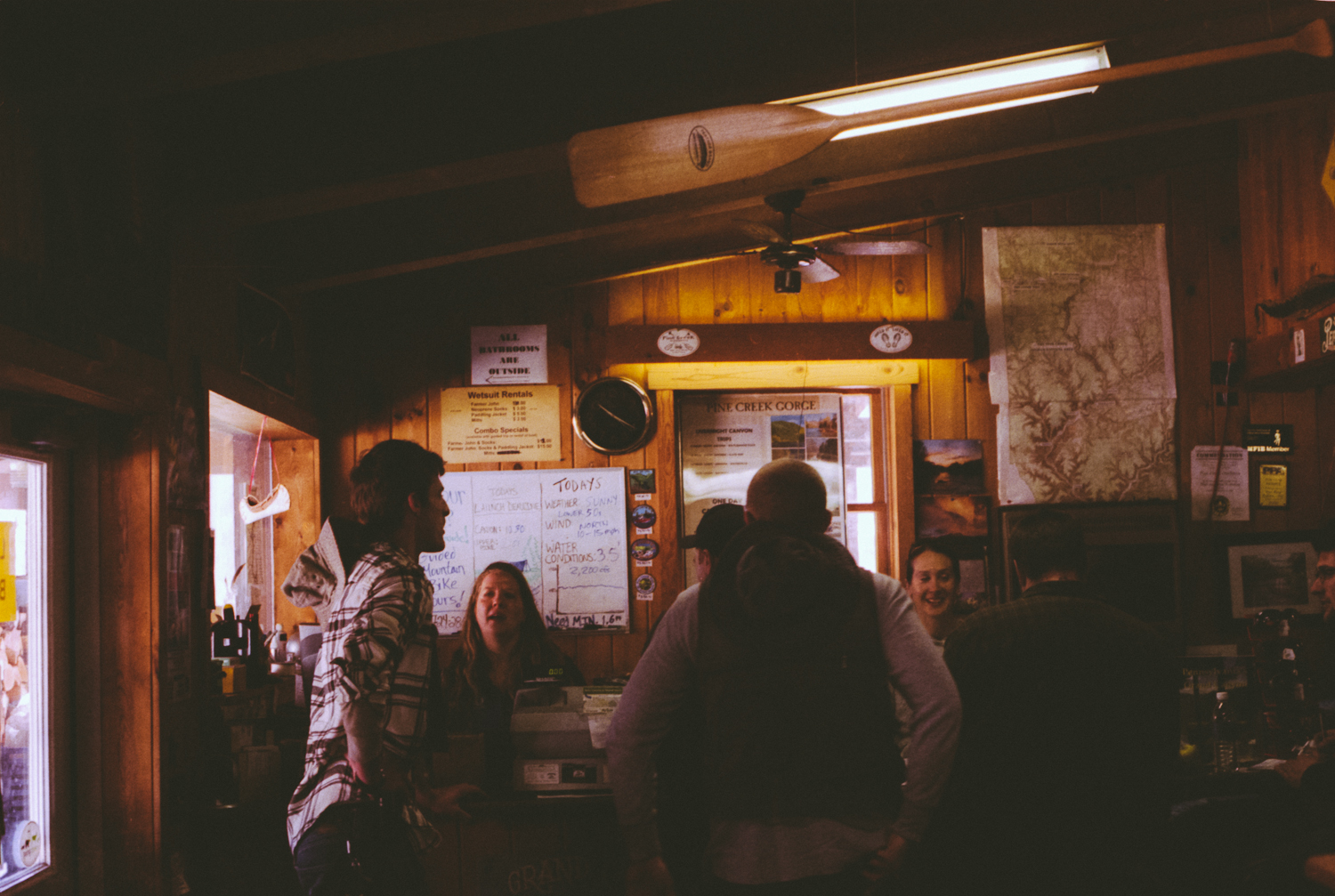 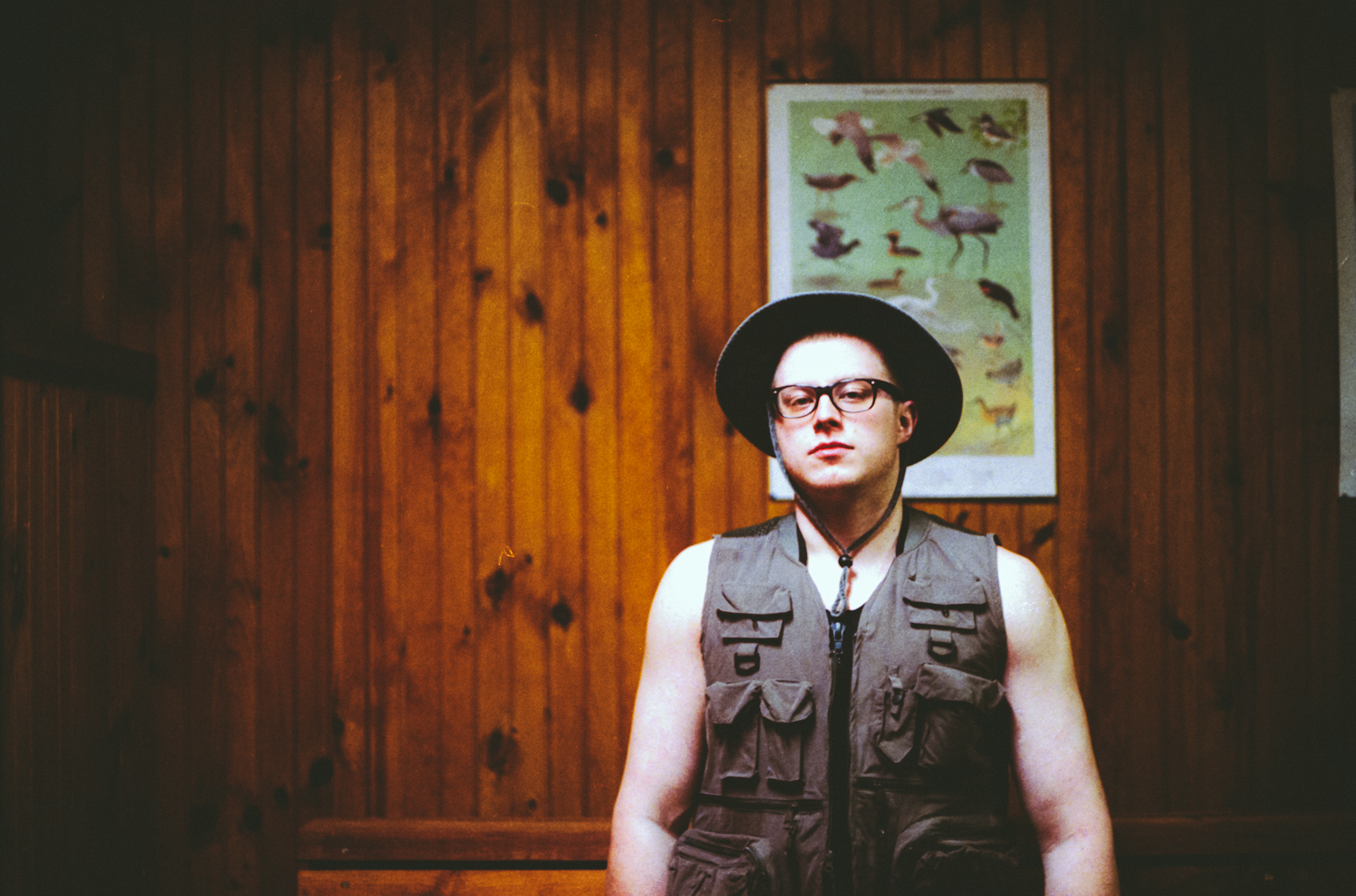 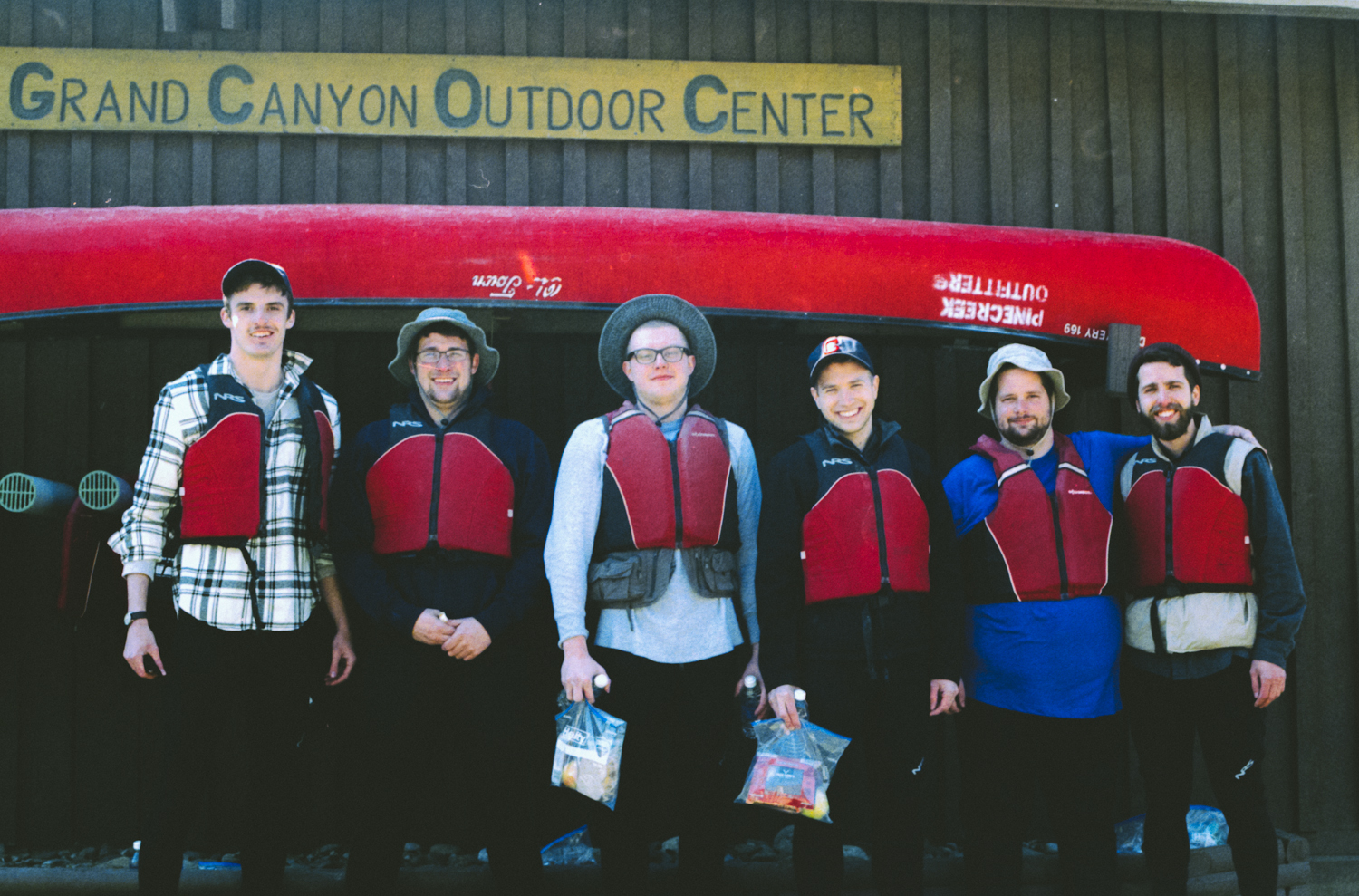 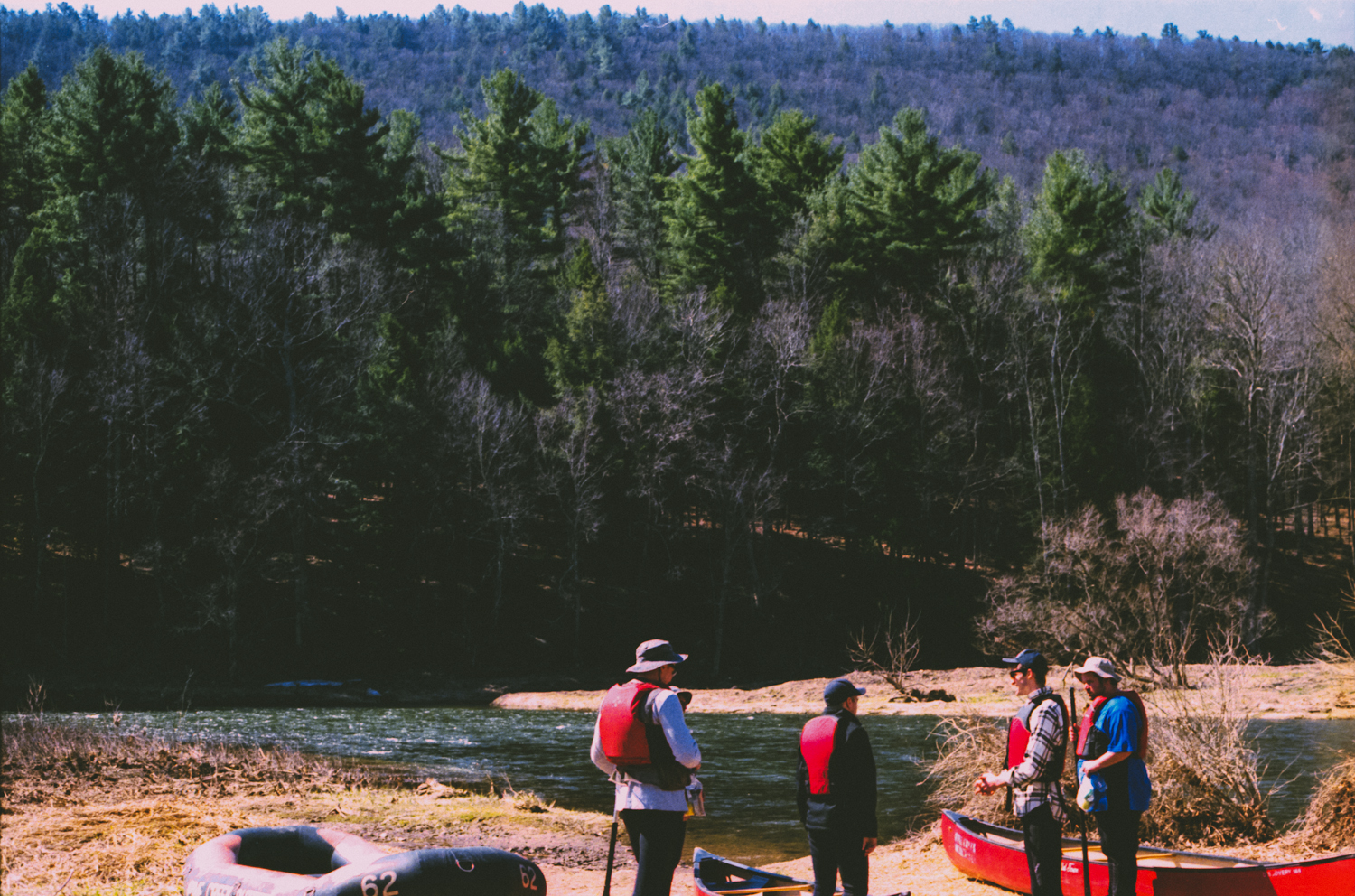 Getting ready to set off.

Getting into the canoes (only two out of six of us had previously been canoeing), I could tell by the looks on our faces that we were all slightly nervous, despite the energy and confidence everyone portrayed. We were all overwhelmed with anticipation, though, and learned our rowing techniques with our partners within the first few minutes—not without running over some small rocks and cat tail plants, though. The peaks of the canyon towered over the river. Pines lined the shore. The smell of the river water was refreshingly cool.

As we canoed further and further downstream, the current became increasingly strong. Gray and brown cliffs of stone lined the river, and the plumes of pines lined the tops of the steep canyon we had drifted into. There were small patches of tiny rapids, and we enjoyed the rush of paddling through them. Three miles into the river, we neared a spot in the river that split left and right. We recalled a previous customer in the store who had told us to steer left. As we approached, we realized that it was a section of white rapids. We were no longer confused as to why a group of spectators sat in the middle of the bank at the head of the rapids. It was at this point that we realized we had no idea what we were doing in this section of the river. After all, this was apparently the “family section” of Pine Creek. So, we paddled hard and hoped for the best. Jason and Mark made it through. Collin and I followed. We were being washed around pretty heavily by the waves, and water was continually being splashed into our canoe. It was loud, and Collin continually yelled to paddle harder. As we neared the end of the section, I turned around to watch Dan and Josh’s canoe flip into the water. This was definitely not the family section. 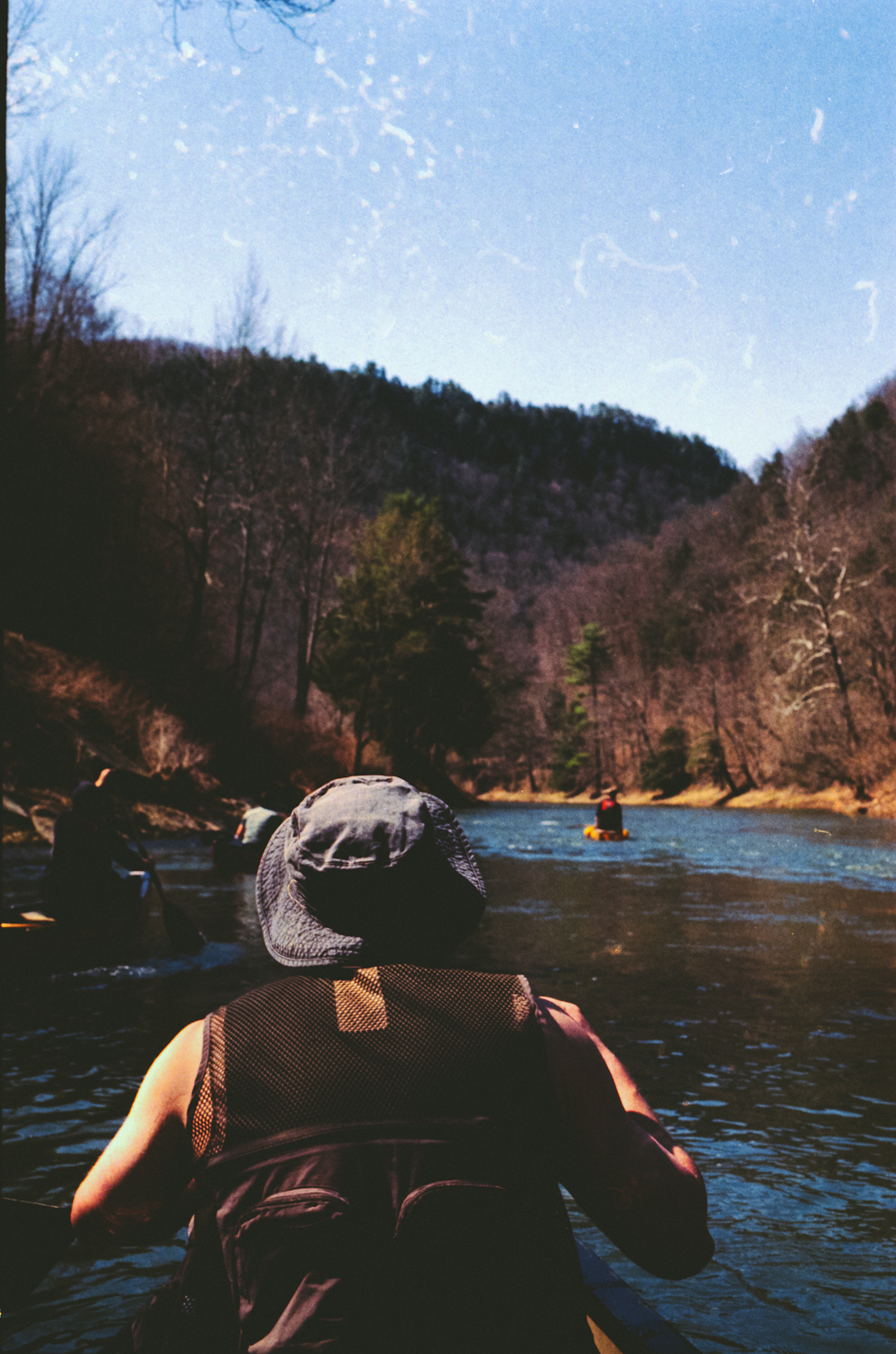 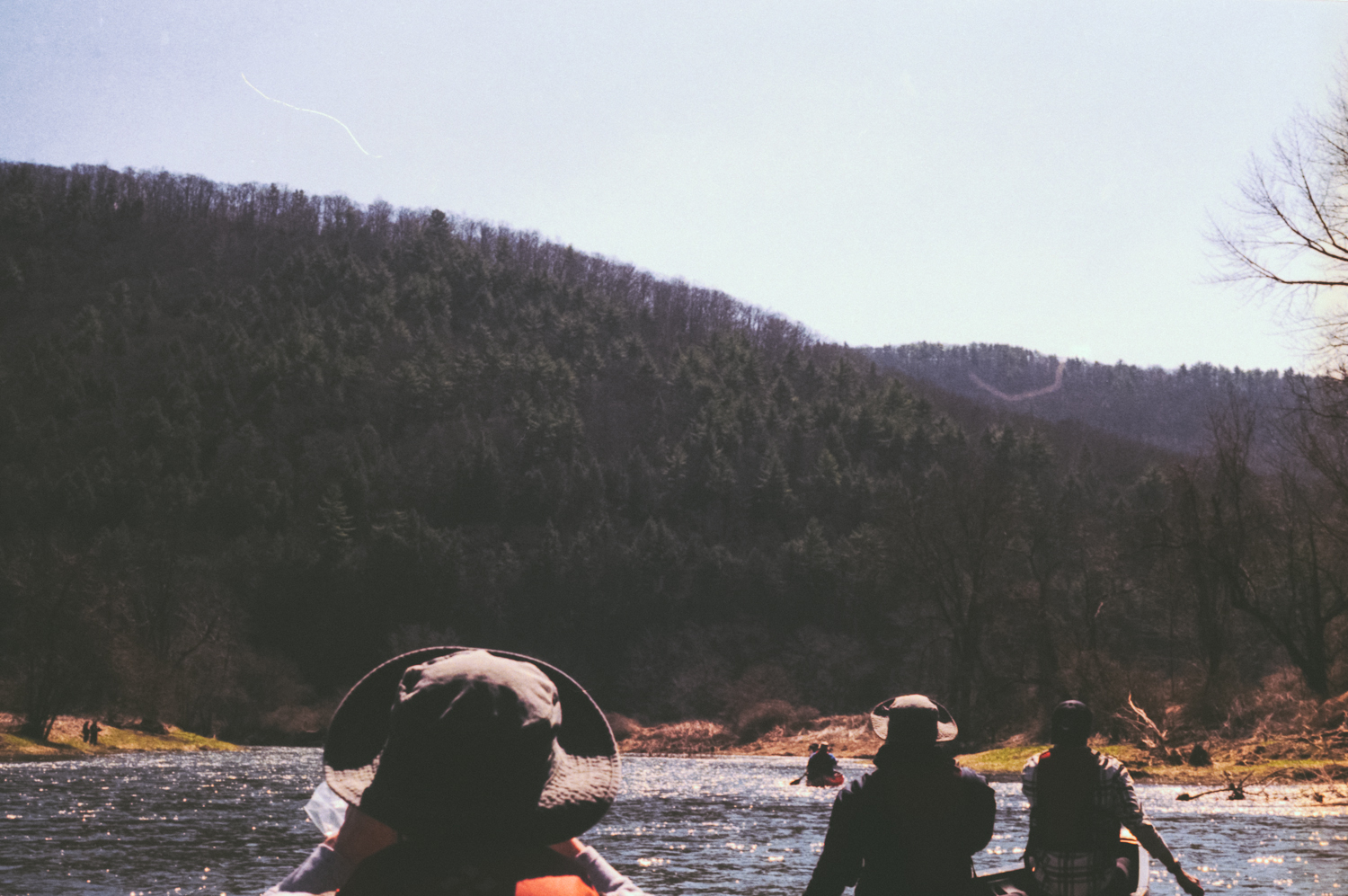 Earlier upstream, it was hot, so Dan and Josh had taken off their life jackets. All of us had packed lunches and put them in baggies. Most of us had left our phones in the car, but Josh had decided to bring his along for photo ops. The baggies of lunch, iPhone, paddles, and lifejackets were now being washed downstream in a current that was not possible to swim across.

Dan (half-laughing, half-furious) told him to shut up. They were being pushed around by the rapids 6-7ft deep over giant boulders. The cold water was getting into the top of their wetsuit. Yet, in a miraculous way, they neither lost their footing nor drowned.

Collin, Mark, Jason and I had pulled over to a bank only to watch Dan and Josh’s canoe float by. Without hesitation, Jason and Mark yelled, “we’re going to get that boat!” and got into their canoe heading downstream. After making it up the river bank, Dan and Josh found Collin and I. We settled on the idea that Collin and I would find Mark and Jason—Dan and Josh were to walk downstream until they found us with their canoe.

After paddling downstream for 1 to 2 miles, Collin and I found a flipped canoe on a rock. We flipped it onto higher ground. There was no sign of Mark or Jason. At this point Collin and I realized the extent of what was happening. We had no means of communication, were in the middle of a river valley—perhaps tens of miles from the nearest town. There were seemingly no other canoeing folk on the river to ask for help, and we had lost all of our friends. We had never formulated any emergency plan. So our only option was to continue heading downstream to find Mark and Jason.

After paddling another mile through more rapids, we found them sitting on the bank with a man named Emert from Colorado. In an attempt to grab onto Dan and Josh’s canoe, they had flipped their own. They had quickly flipped back over, but the canoe filled with water. Mark jumped in, but Jason grabbed onto the back, and was dragged over boulders in the river for over a mile. He had bruised his knees and thighs, torn his shoe open, and was shivering in a wet shirt. Mark had broken his toe and soaked his shirt in the frigid river water. Emert, partially intoxicated in his cowboy hat, had roped in 4 paddles, all of their lunches, Dan and Josh’s lifejackets, and had roped Mark and Jason onto shore. He kindly let us know that we had “killed his buzz” as he urinated in a bush. He was a warm hearted and humorous man, and had truly prevented us from disaster. While he told war stories about canoeing rapids in Colorado, we sat bewildered, cold, discouraged, and exhausted. Dan and Josh were still missing.

After asking several other members of Emert’s cohort from Colorado if they had seen Dan or Josh, we learned that they had been transported across the river (almost flipping another man’s canoe), and were heading downstream on foot. Mark and I took two paddles, and walked down the dirt road hoping to see Dan and Josh. After a mile of walking, they both emerged from the bushes on the river bank carrying the canoe Collin and I had flipped earlier. 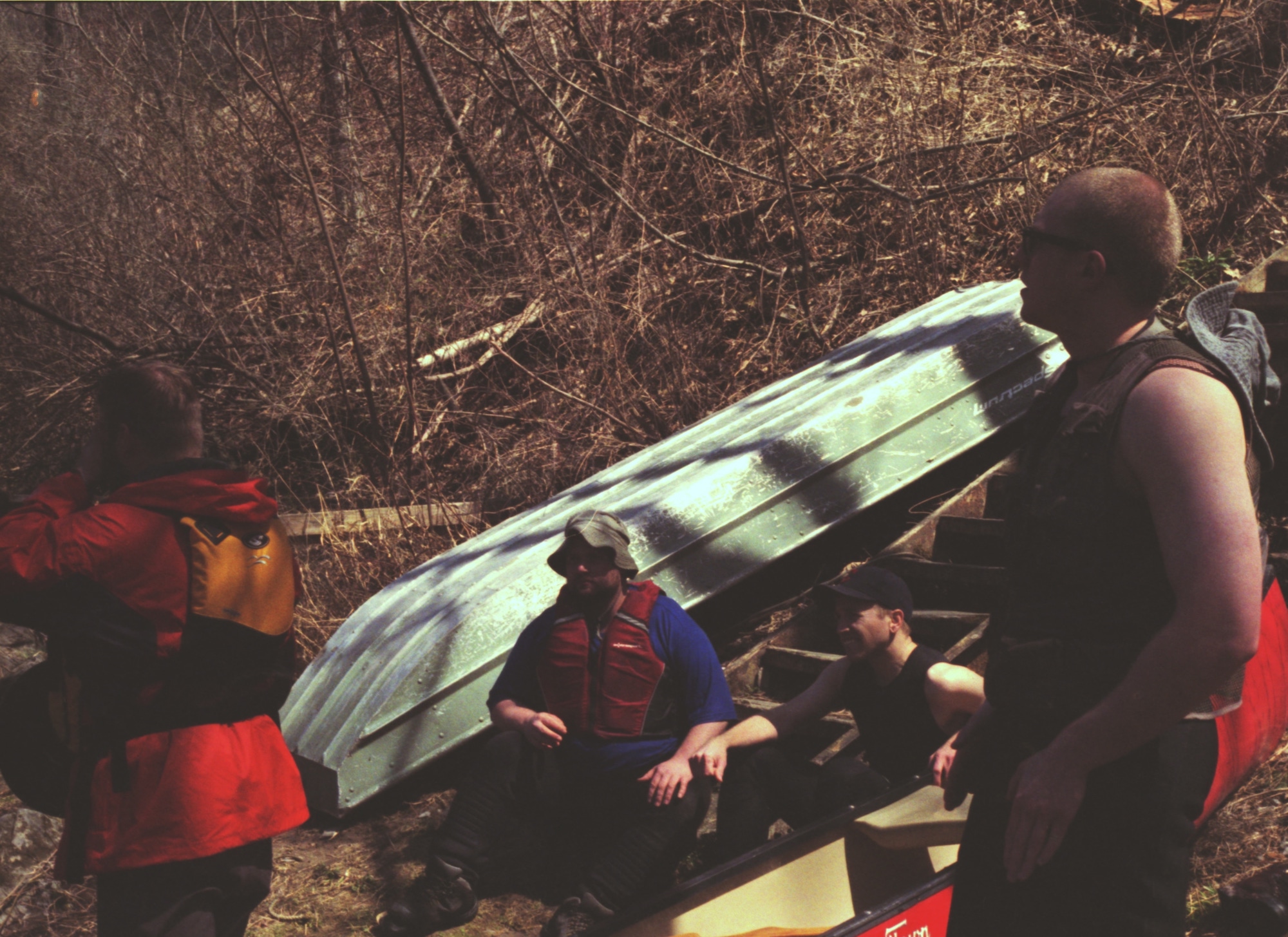 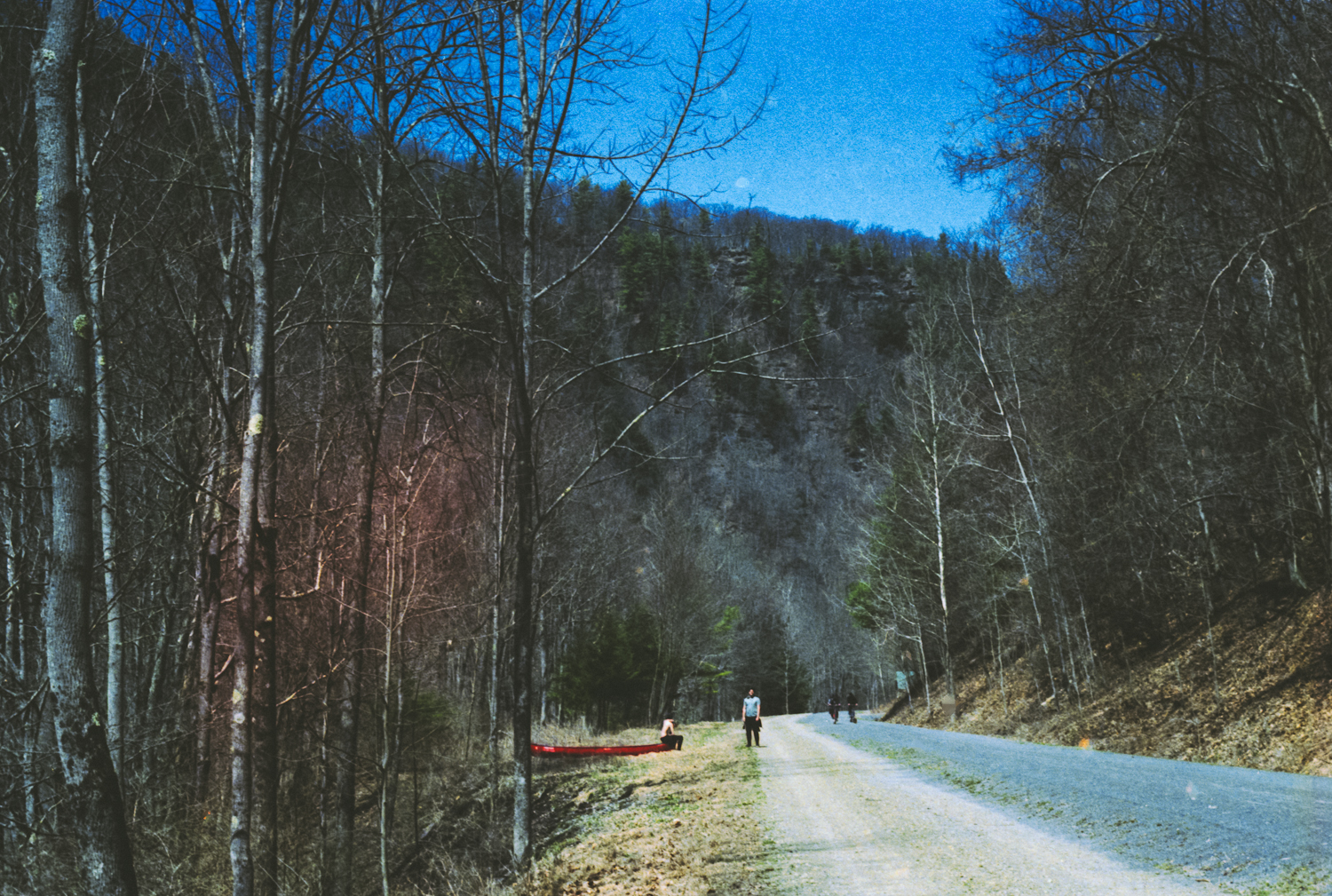 Daniel and Josh, taking a break after carrying their canoe a few miles.

After eating soggy lunches together, we reluctantly got back into our canoes. We had 13 miles left to go. Somehow, it all went smoothly after that. We regained our confidence. We enjoyed the beautiful views. We bonded and laughed over our new adventure. We joked about how we would tell to all of our friends when we got back. And we learned that we were not completely in control.

Nature is powerful. A river is beautiful on the surface, but filled with power and strength. Rivers flow increasingly to places that we will not see. They entice us to follow them. There is something about the way a river continually moves that lures us to seemingly greener pastures.

That night, we enjoyed food around the campfire and laughed about the day. Watching the flame burn out, I found myself thinking about the current of the river. I think it’s figurative of our lives in a way: it keeps moving. A river continues forward until it dries up or forms a new river, and we don’t have the strength to interrupt it or stop it. We may float upon it for a short time, hoping to arrive at some destination; we may plant our roots in it while letting it thunder by; or we may be swept away by its current altogether. 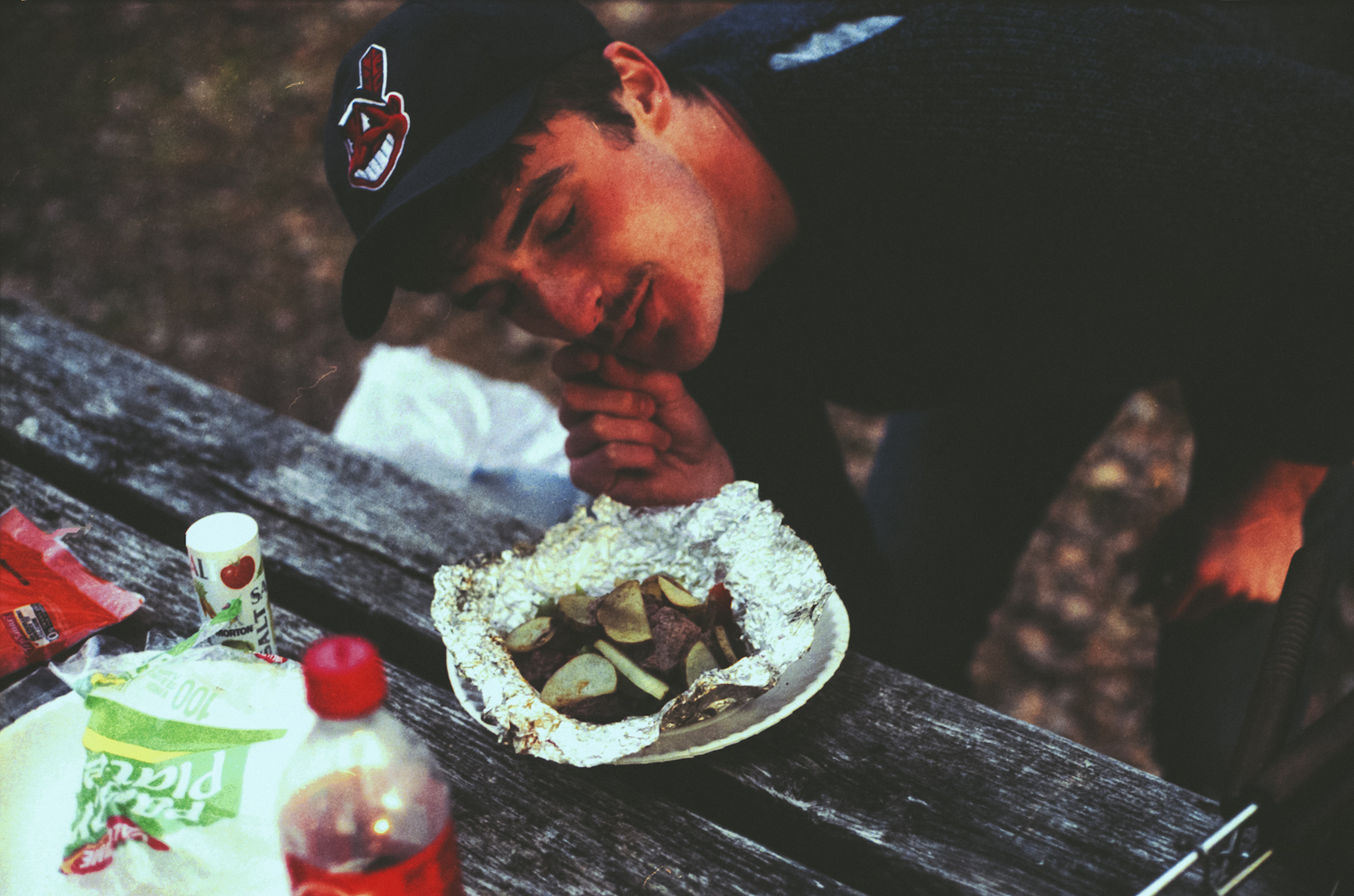 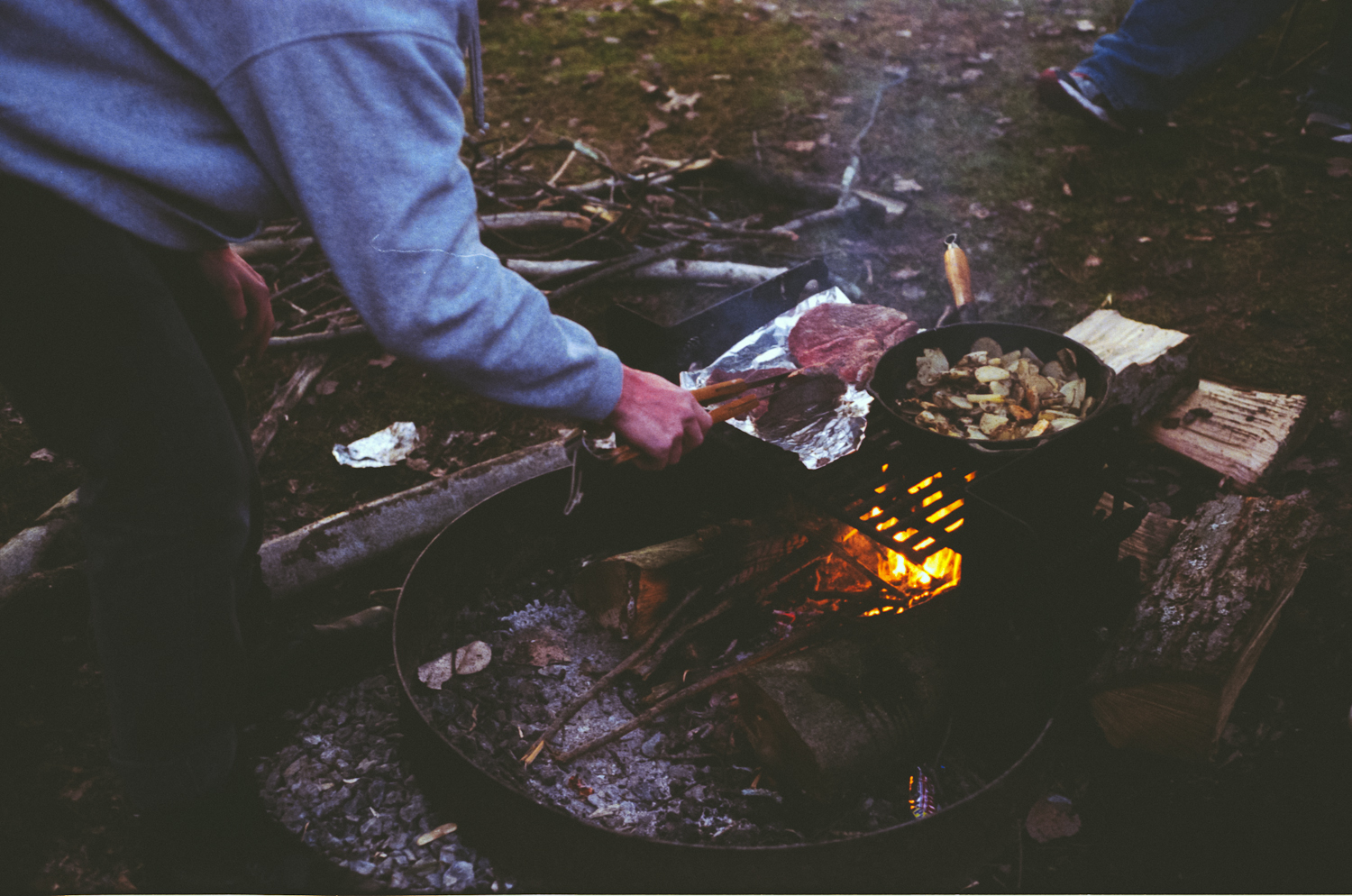 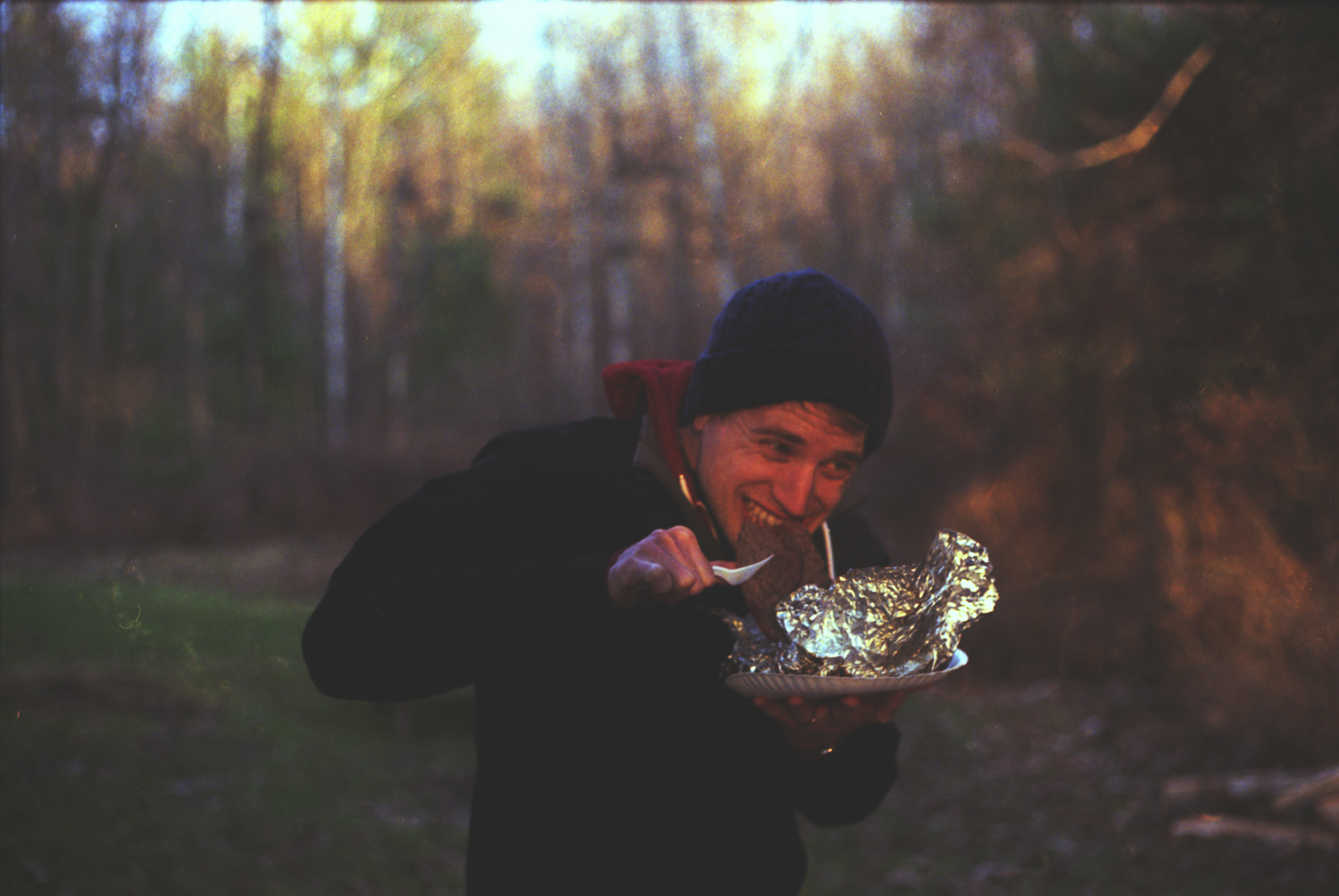 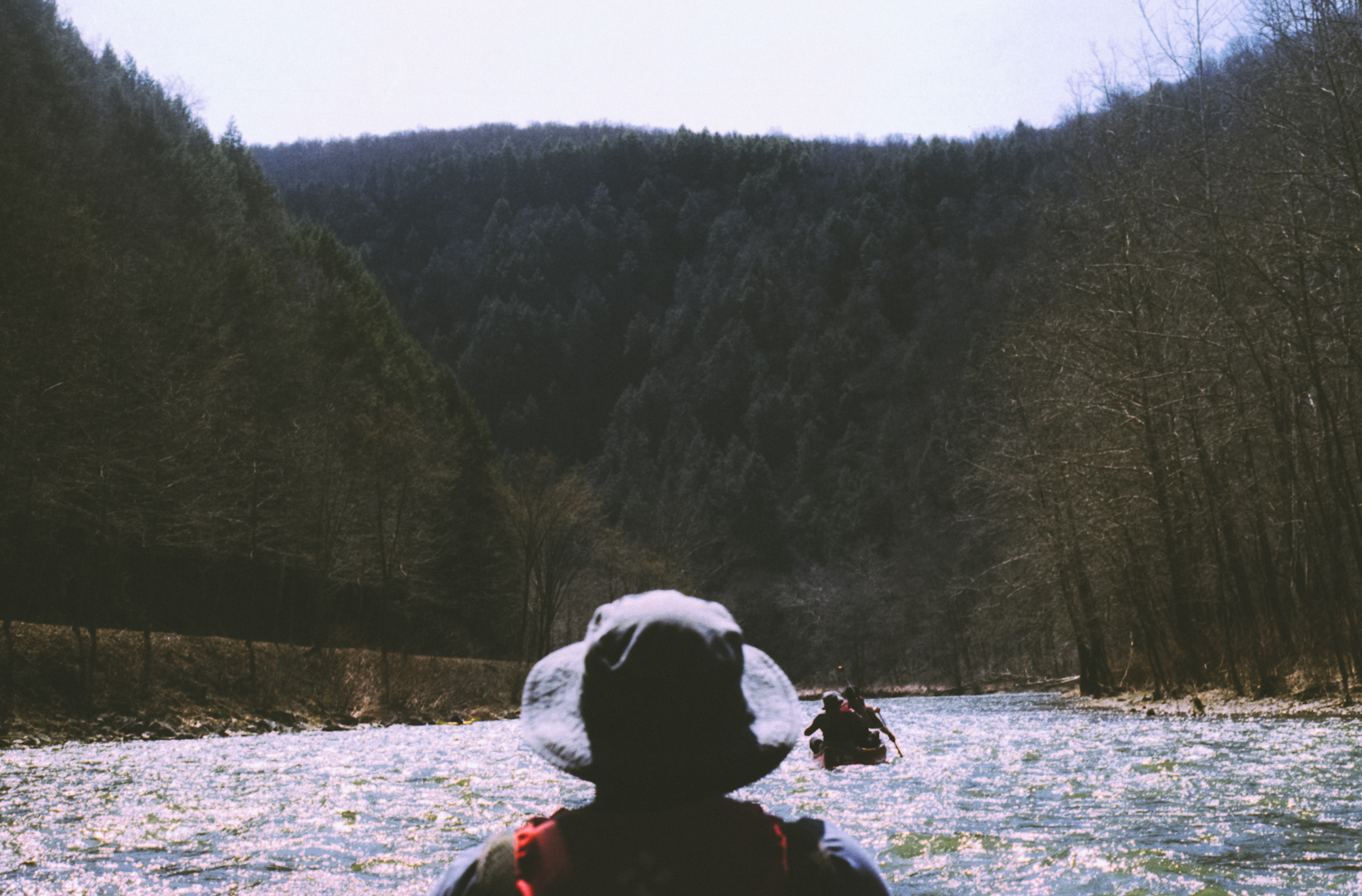