Last year in May, we traded an apartment near downtown Kent for a home about five minutes away next to a lake and the woods. For us it was a big deal to stay in Kent rather than to move away to another city after college. We felt like we were finally putting down roots. All in all, we’ve lived in Kent for about 9 years now, and we’ve loved every bit of it. We’ve grown to love this city and its people, arts, Great Blue Herons, poetry, rivers, restaurants, and events. Especially at E+E, we place high value on knowing our community, and have participated in and created our own events to invite others into.

Naturally, this has had me thinking a lot about place—how it can shape us, and how we can shape it. I didn’t intentionally set out to read a set of books about place, but over time realized that the ones I had chosen over the last year offered unique perspectives about the ability of places to heal us, shape our perspectives, create identities, solidify memories, and grow local culture. From each writer and their respective book or essay, my hope was to distill their perspectives of place to a set of brief ideas: place as healer, collage, identity, and soil. 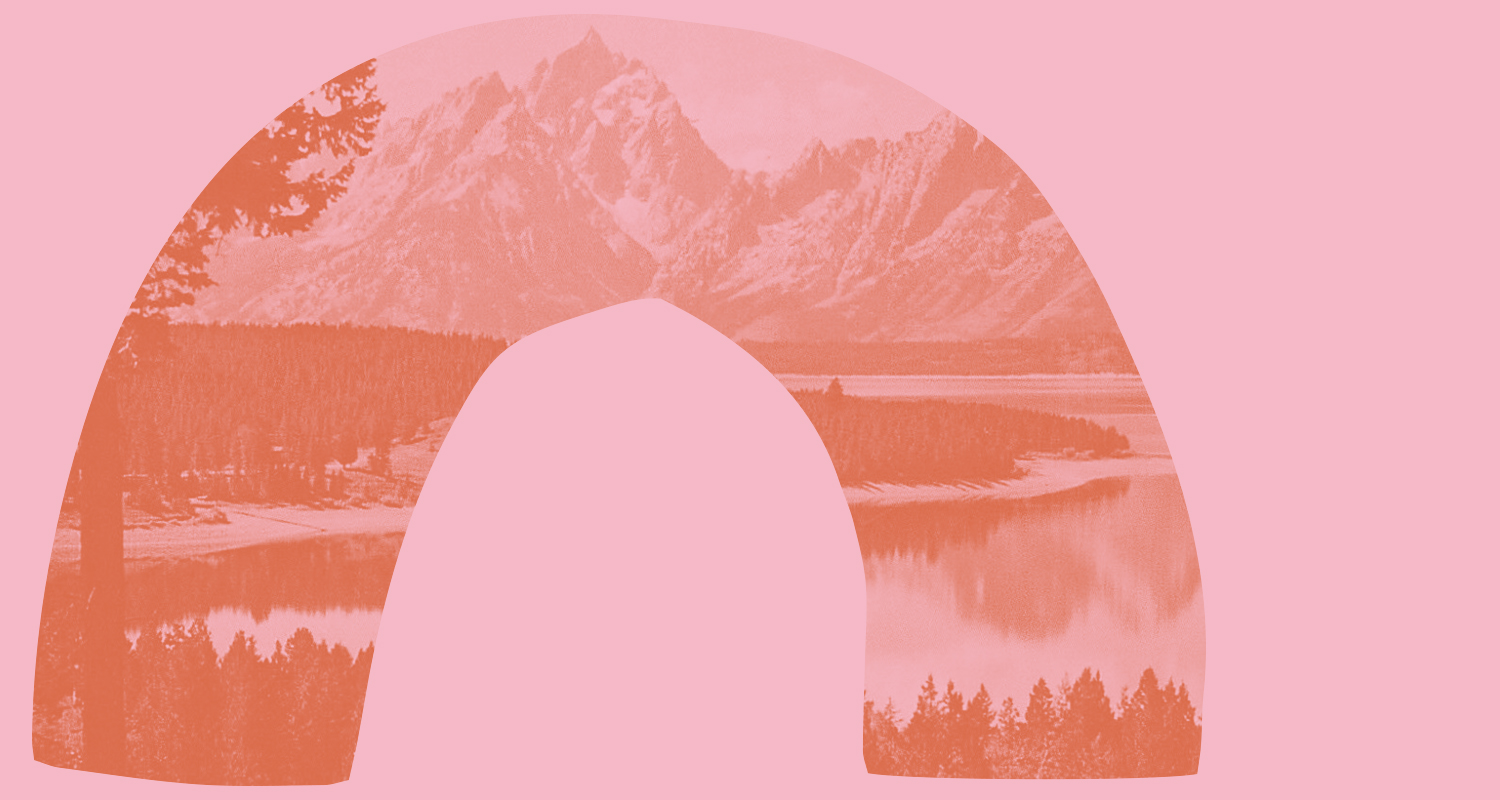 The Solace of Open Spaces began as journal entries from Gretel Ehrlich to a friend in 1979. She had moved to Wyoming for filming, and during this suffered the death of her partner and collaborator. Her book is one of personal observations about the people who live in Wyoming—their timidness, calloused hands, stubbornness, and tenderness. She also observes the land itself—its “indifference”, its expansiveness, its aridness, its light. Wyoming provides a space for Ehrlich that is healing in the wake of her loss, solace in the face of pain:

“Space has a spiritual equivalent and can heal what is divided and burdensome in us. My grandchildren will probably use the space shuttles for a honeymoon trip or to recover from heart attacks, but closer to home we might also learn how to carry space inside ourselves in the effortless way we carry our skins. Space represents sanity, not a life purified, dull, or "spaced out" but one that might accommodate intelligently any idea or situation […] We Americans are great on fillers, as if what we have, what we are, is not enough. We have a cultural tendency toward denial, but, being affluent, we strangle ourselves with what we can buy. We have only to took at the houses we build to see how we build against space, the way we drink against pain and loneliness. We fill up space as if it were a pie shell, with things whose opacity further obstructs our ability to see what is already there.”

Ehrlich uncovers the way in which the space in us may be reflected by the landscapes we inhabit, and how places can teach us to create space within ourselves for reflection, humility, mourning, or healing. The spaces we create and occupy—the ones that we fill up or leave empty—have the ability to remind us of this space in ourselves. 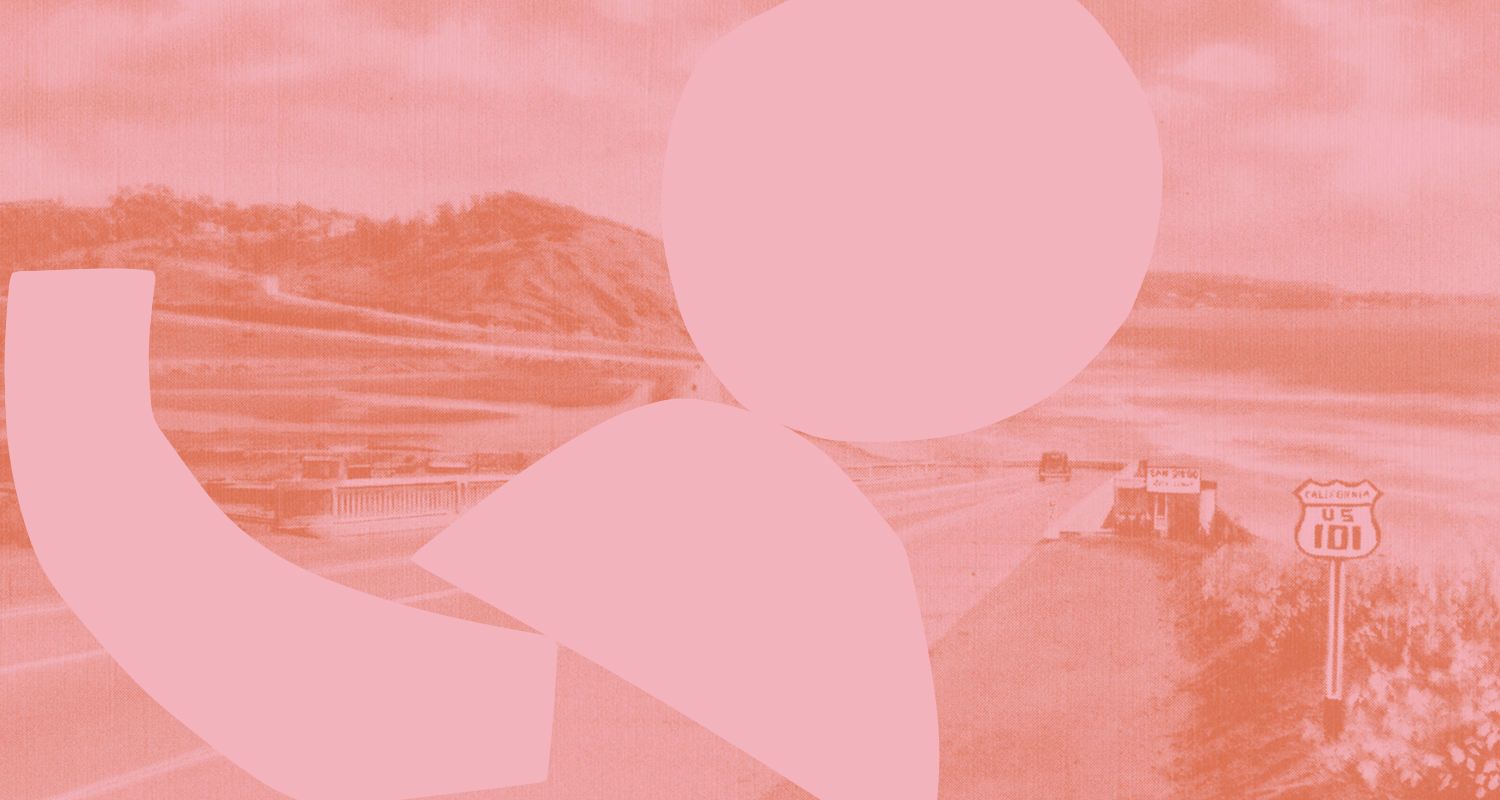 Jack Kerouac is most notable for his ability to capture post-war beat culture. His stream of consciousness writing style in On the Road imitates the free-form jazz improvisation and bebop of the time—his writing becomes music, and the music his writing. Throughout his travels, his personality is preserved even while he experiences a collage of places: urban jazz clubs, the streets of Denver, the stars over the desert, the mountains at Tehachapi Pass in California. There is a tirelessness in him to move, to the point where readers feel exhausted along with him: “Here I was at the end of America...no more land...and nowhere was nowhere to go but back.” This often feels similarly to listening to a 15 minute jazz improvisation session, hoping it will end.

In many ways, Kerouac exists in a continuous temporal state, without roots—a nonlinear “modality of consciousness” as said by Allen Ginsberg—in many ways reflecting how his generation felt, and inspiring many generations afterwards to follow his routes. Kerouac has a gift in capturing this movement from place to place, documenting the people and places he experiences along the way, and embedding each of these experiences into his writing style. Even though the road he traveled was linear, his plots “zigzag in a spatial, nonlinear relationship of language and form.”

Kerouac’s experience of places can be seen as a collage: pieces torn from the pages of a numbered magazine, but arranged as if musical notation, an exploration in form and composition—becoming a unified whole by which to view America. In Teju Cole’s article “Far Away From Here,” he describes Italo Calvino’s idea of “continuous cities,” suggesting “that there is actually just one big, continuous city that does not begin or end: “Only the name of the airport changes.” On the Road offers a glimpse of a perspective of many places becoming one. What Kerouac observes is a special kind of continuity. 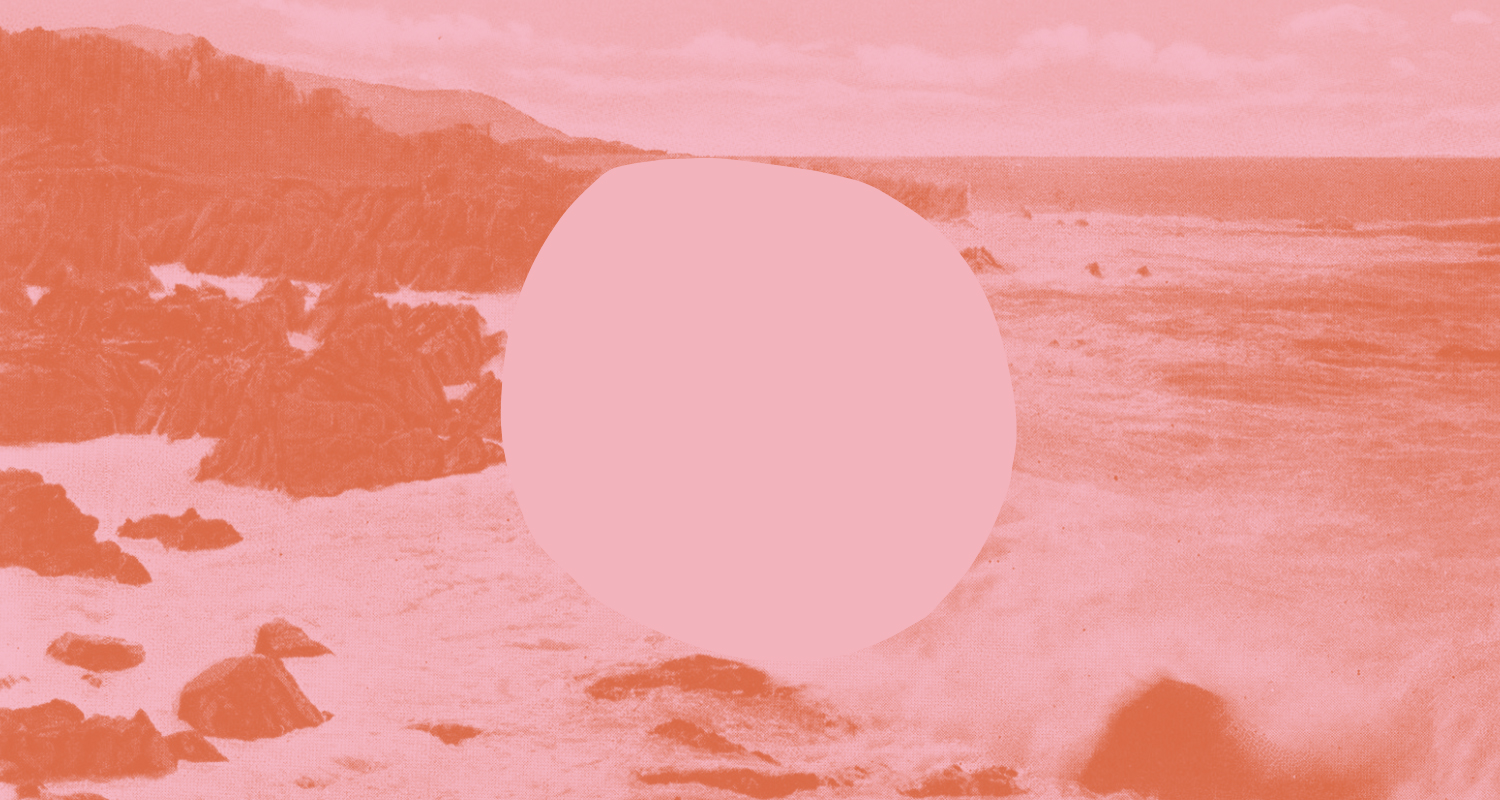 Much like On the Road, Travels with Charley is John Steinbeck’s documentation of his travels throughout America in his truck Rocinante, named after Don Quixote’s horse. Steinbeck sets off to capture “the speech” of America, and to document the changes happening at the time from his own perspective. In many ways, the book can be considered as a period piece—it captures many social, cultural, technological, and environmental changes which still affect American life today.

“If an Englishman or a Frenchman or an Italian should travel my route, see what I saw, hear what I heard, their stored pictures would be not only different from mine but equally different from one another. If other Americans reading this account should feel it true, that agreement would only mean that we are alike in our Americanness.”

Our witnessing and recording of place and culture—whether through photography, writing, oral histories, or other documentations—is a way of understanding the outworkings of human ecology and identity at a specific moment in history. From our own perspective and more importantly from the collective perspectives of others, we can build a shared history and identity out of what we see in the places we live. 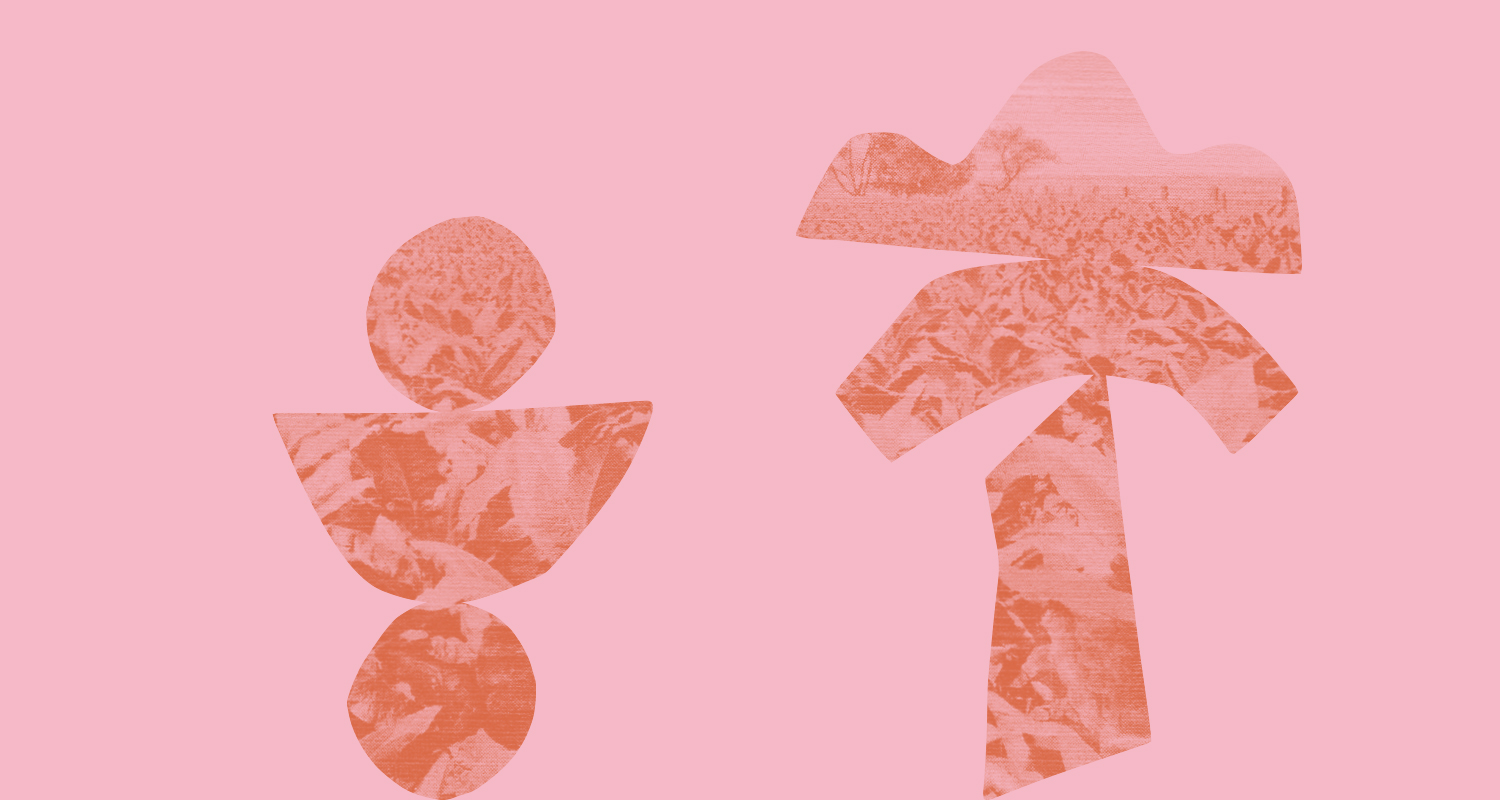 Throughout Wendell Berry’s essay “The Work of Local Culture,” he examines what it means to be a part of one, and how our society has shifted away from them. For many years, Berry has taken walks around what used to be his grandfather’s farm. On a fencepost hangs a bucket which accumulates soil, fallen leaves, pollen, dust, and water. Over time these aspects of nature collect and become a rich soil. Berry creates a metaphor for building local cultures:

“A human community, too, must collect leaves and stories, and turn them into an account. It must build soil, and build that memory of itself—in lore and story and song—that will be its culture. And these two kinds of accumulation, of local soil and local culture, are intimately related.”

In contemporary American society though, it has become the norm to leave one’s own town—to “move on” to other places and cities, and to create one’s own life there. Berry argues that this breaks a generational continuity, thus disrupting the forming of a local soil. He goes on to discuss that there must be a pattern of “reminding” which occurs in a living community that will allow history and culture to survive. In many ways, a place is an accumulation of the stories of the people who once went before us in a place. Only when we understand those stories and local histories can we begin to build upon them.